SEOUL, June 3 (Yonhap) -- South Korea was the world's largest spender on chip equipment in the first quarter of the year, a report showed Thursday, amid a global semiconductor shortage.

South Korea, home to major memory chip producers Samsung Electronics Co. and SK hynix Inc., spent US$7.31 billion in chipmaking equipment in the January-March period, up 118 percent from a year ago, according to quarterly billings data from SEMI, a global industry association representing companies in the electronics design and manufacturing supply chain.

Compared with the fourth quarter of 2020, its spending jumped 82 percent. South Korea was the No. 3 chip equipment investor in the last three months of 2020.

The country represented 31 percent of the global semiconductor equipment billings in the first quarter that increased 51 percent on-year to $23.57 billion. 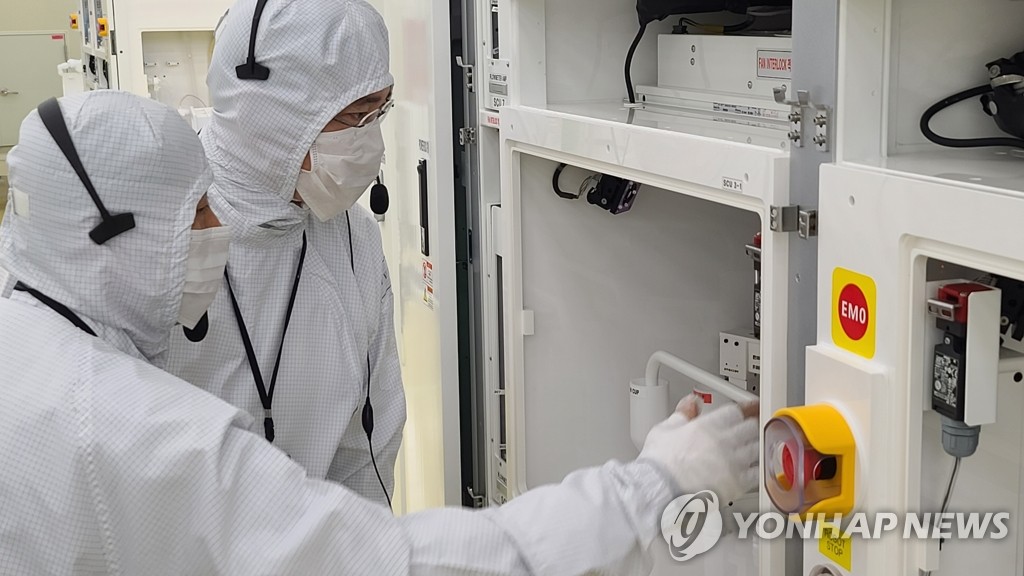 China was the second-biggest investor with $5.96 billion in the first quarter, up 19 percent from a quarter earlier. Taiwan, home to the world's No. 1 foundry maker Taiwan Semiconductor Manufacturing Co. (TSMC), came in third with $5.71 billion, up 17 percent from a year ago, according to SEMI.

South Korea has been trying to boost its supply chain amid a global semiconductor shortage that has been disrupting automakers' operations here.

The government last month announced its plans to offer tax incentives and state subsidies to semiconductor companies to get them to spend a combined 510 trillion won (US$459 billion) by 2030.