SEOUL, June 3 (Yonhap) -- Apple Inc. facilitated nearly US$15 billion in billings and sales in South Korea last year, according to a report released by the company Thursday, unveiling the figure for the country for the first time.

The report from the U.S.-based Analysis Group found that Apple's App Store facilitated $14.9 billion in billings and sales in South Korea in 2020, accounting for 2.3 percent of the total global market at $643 billion. 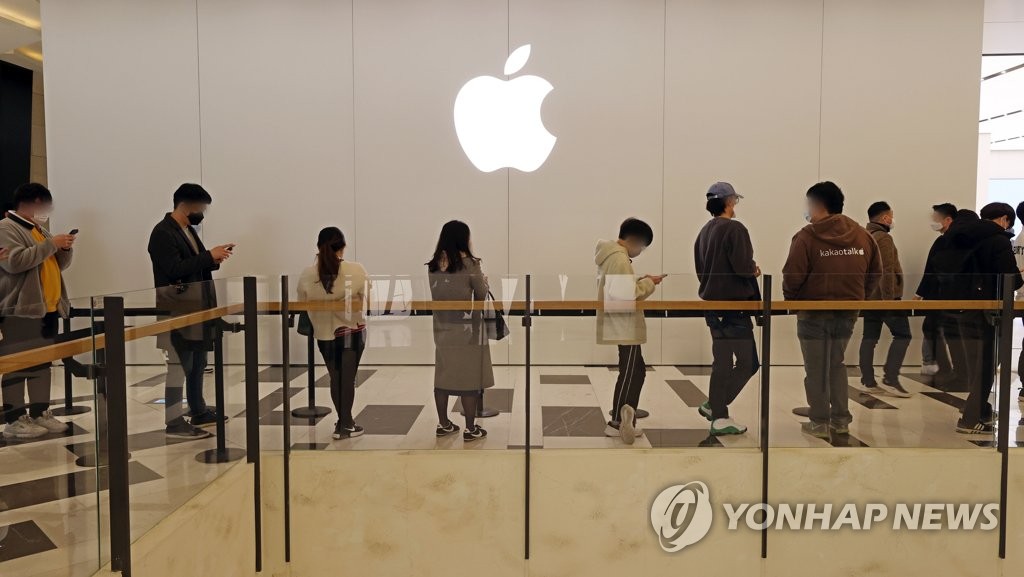 The tech giant levies a commission rate of 30 percent for the sale of digital goods and services.

The U.S. tech giant has faced discontent from developers globally over its 30 percent commission and the company cut the rate by half for developers that earn up to $1 million annually at the start of this year.

Rival app market operator Google has also drawn ire in South Korea as it is set to put its billing system into effect on its Play store in October, which would take a 30 percent commission fee on digital goods and services.

Amid developer complaints and pressure from local lawmakers, Google has decided to lower its commission fee to 15 percent for the first $1 million of revenue earned by developers starting in July.

Google is also conducting a 15 percent discount for non-game content purchases on its Play store in South Korea this month.