Daily infections remained in the 400s for the past three days partly due to fewer tests over the weekend.

There were three additional deaths, raising the total to 1,968.

As of 6 p.m., 578 new infections, including 182 in Seoul and 195 in Gyeonggi Province, were found nationwide, down three from the same time a day earlier, the KDCA said.

Health authorities expect new cases to be around 700 on Friday following an entertainment facility-related cluster infection in the southeastern city of Daegu. 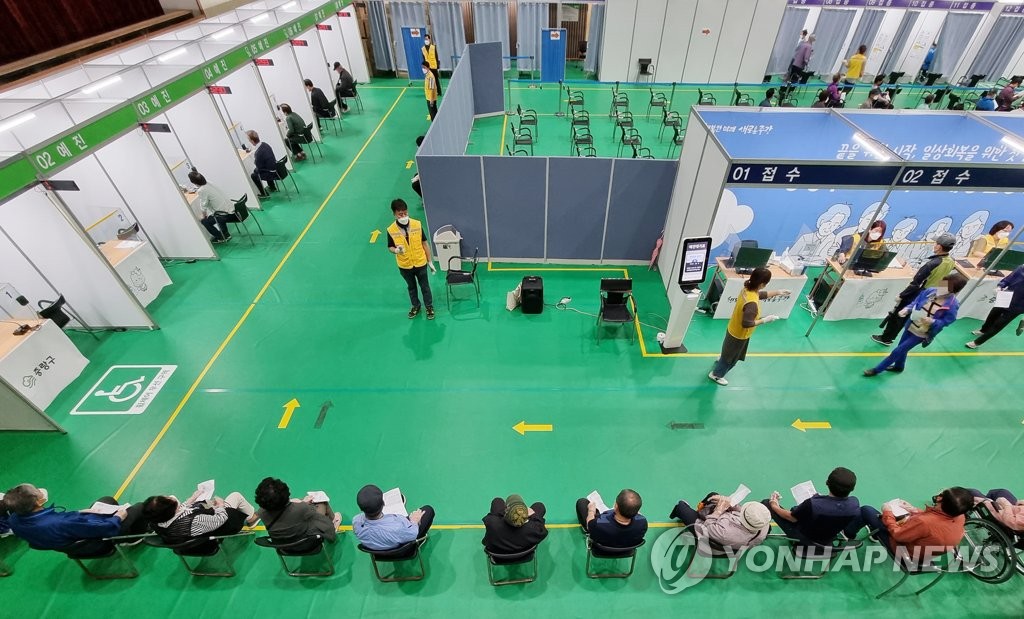 The proportion of untraceable cases stood at 28 percent over the past week, complicating authorities' antivirus efforts.

Health authorities said they have confirmed nine cases of so-called breakthrough COVID-19 infections so far, in which a person tests positive for the novel coronavirus even two weeks after full vaccination.

The KDCA said all of the breakthrough infections were identified in those who have received Pfizer's vaccine jabs, urging people to continue to wear facial masks even after being fully inoculated.

Health authorities expect to achieve the goal of inoculating over 13 million, or half of the nation's total population, within the first half of this year considering a smooth supply of vaccine doses and a high reservation rate for vaccines, which stood at 77.6 percent among those aged 60 and over as of Thursday.

As the vaccine rollout among the elderly population gains pace, social distancing guidelines were partly eased for vaccinated people Tuesday.

While up to eight immediate family members are currently allowed to gather, those who have received at least one shot of COVID-19 vaccines are exempted from the distancing rule.

Authorities plan to further ease virus curbs next month if the average number of new daily cases stay below 1,000 amid the vaccine rollout.

Starting in July, people who have gotten their first shots will be allowed to take their masks off outdoors and will get discounts on fees at major public facilities, they said. 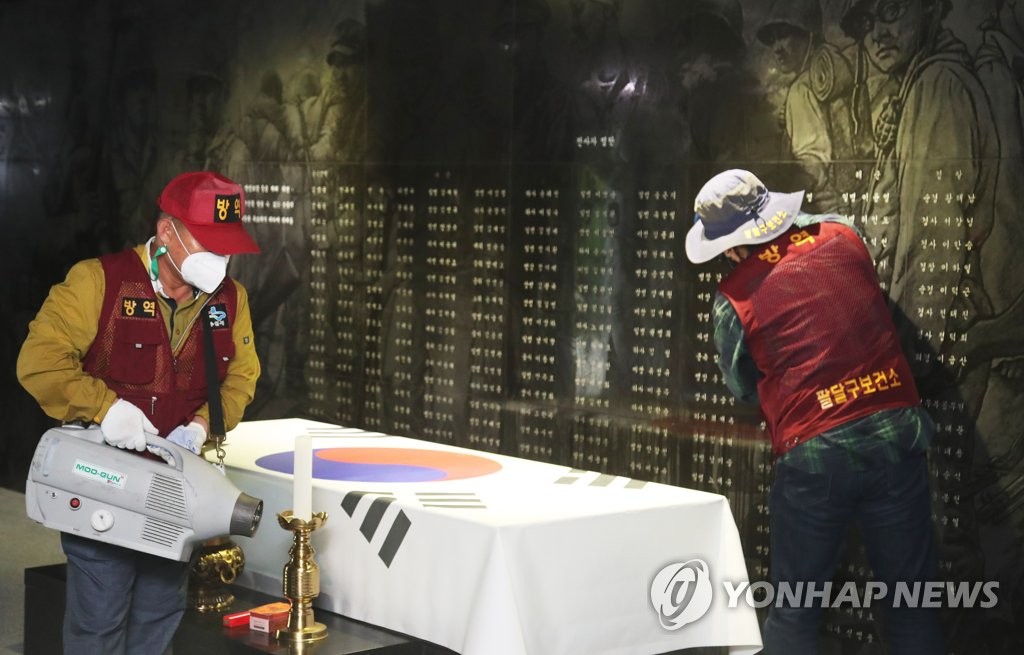 A total of 6.74 million people, including 381,551 the previous day, have received their first shots of COVID-19 vaccines since the vaccine rollout on Feb. 26, taking up 13.1 percent of the total population.

Vaccine doses by AstraZeneca and Pfizer were administered to 4.3 million and 2.4 million people, respectively.

The KDCA said 2.2 million people, or 4.3 percent of the total population, have been fully vaccinated, with 22,229 receiving their second jabs the previous day.

The Janssen vaccines will be given to reservists, members of civil defense and those related to the country's defense and foreign affairs, and those aged under 30 will be excluded amid concerns over blood clots. 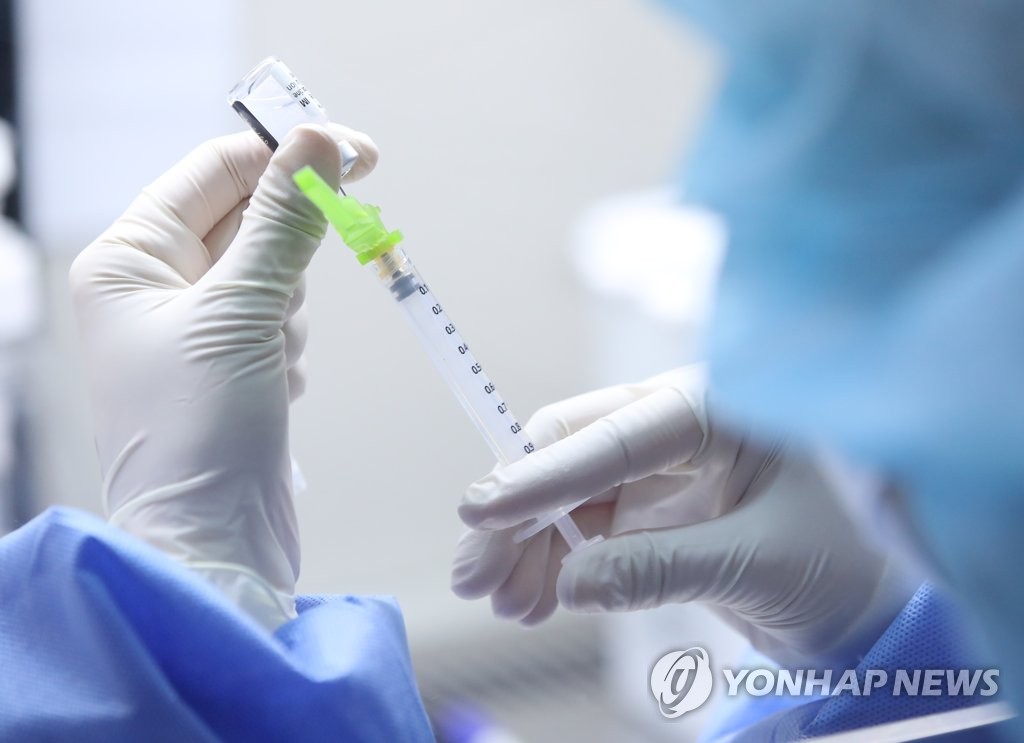 Of the locally transmitted cases, 215 came from Seoul and 207 from the surrounding Gyeonggi Province.

A high school in northern Seoul has reported 35 cases among its students, and analysis of testing on all students is currently under way. A total of 26 cases were traced to a workplace in southern Seoul.

The southeastern city of Daegu reported 74 new cases, with 34 patients linked to entertainment venues. A total of 268 cases have been reported from a bar in the city.

In response to a sharp hike in new cases, which was the highest since March 2020, the provincial government strengthened the Level 1.5 social distancing to Level 2, the third-highest of the five-tier scheme.

There were nine additional imported cases.

The number of seriously or critically ill COVID-19 patients came to 149, down two from the previous day.

The total number of people released from quarantine after making full recoveries was 132,699, up 631 from a day earlier.