Aquilino flew here from Japan on Wednesday for a two-day visit as part of his first overseas trip to strengthen ties with allies since taking office in late April.

"Gen. Won and Adm. Aquilino agreed to provide military support to the diplomatic efforts by the two governments for the complete denuclearization and establishment of a lasting peace on the Korean Peninsula," the JCS said in a release.

During the meeting, Won also highlighted the importance of maintaining a steadfast alliance and robust combined defense posture.

The U.S. commander called their alliance the "linchpin" of regional peace and pledged close cooperation to develop the alliance further in a "future-oriented manner," according to the JCS. 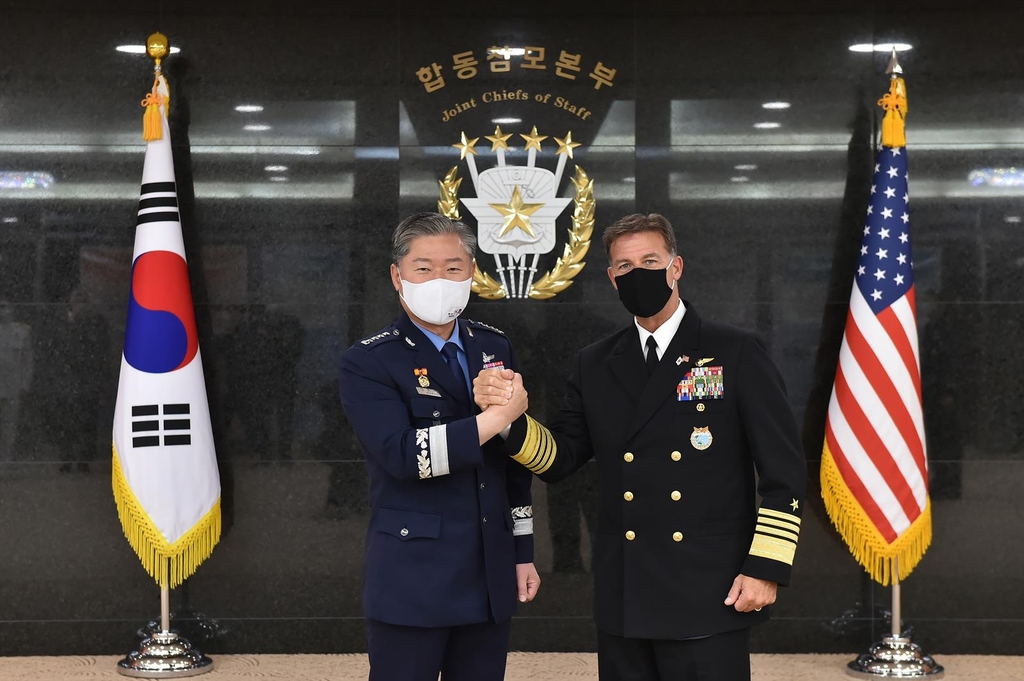 Earlier in the day, Aquilino also held a breakfast meeting with Foreign Minister Chung Eui-yong, during which the minister called on the U.S. admiral to continue to play a role in strengthening the South Korea-U.S. alliance.

The commander said he would back diplomatic efforts by South Korea and the United States to foster peace on the peninsula by maintaining the robust combined defense posture of the allied forces, according to the foreign ministry.

Aquilino took the helm of the Indo-Pacific Command on April 30, replacing Philip Davidson. The command includes 380,000 personnel and covers all U.S. military activities in the region, including those of the USFK. 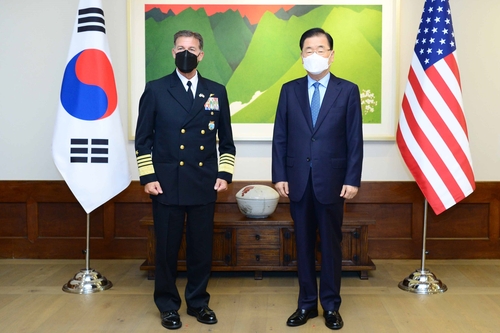