SEOUL, June 3 (Yonhap) -- An Air Force noncommissioned officer, who took her own life after being sexually harassed by a colleague, had suffered similar abuse twice before, a lawyer for her family said Thursday, as two of her superiors were relieved of duties for mishandling the latest case.

Public outrage strengthened amid growing suspicions that her unit attempted to cover up the crime. President Moon Jae-in ordered a thorough investigation and stern punishment of those responsible, saying his heart aches to think of how much despair the victim must have felt.

The two superiors -- a warrant officer and a senior master sergeant -- were accused of attempting to persuade the victim to reach a settlement with the suspect. One of them was even accused by her family of abusing the victim himself earlier.

The suspect in the latest case, surnamed Jang, allegedly groped the victim and forced her to touch his body parts inside a car on their way to the base after a drinking session she was forced to attend in March.

About three months later, she was found dead at her home inside the base in the western city of Seosan, after the military allegedly failed to take appropriate measures to protect her and instead tried to coax her to drop her complaint.

In addition to the case, the bereaved family raised fresh allegations on Thursday that the victim was sexually molested by two senior officers before, and one of them is the very officer who tried to conceal the March case, lawyer Kim Jeong-hwan told reporters.

Following snowballing suspicions, the military prosecutors, police and the defense ministry formed a joint investigation team to look into the case "from scratch," and the defense ministry is establishing a 10-member investigation review committee involving civilian experts for the first time to make sure that the probe is conducted in a transparent and thorough manner. 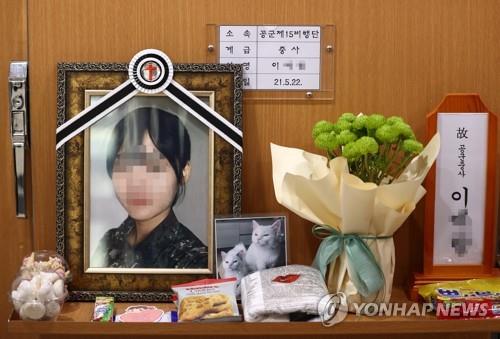 They are also investigating whether the Air Force properly reported the case to the defense ministry and conducted initial investigations according to due steps.

According to officials and the lawyer, the Air Force had not taken Jang into custody and not secured his cellphone until late last month, even though he admitted to part of the allegations. It was only Wednesday this week that Jang was arrested.

In violation of due manuals, it also failed to mention the sexual harassment case linked to her death when it reported the death to the defense ministry, raising suspicions that it tried to play down the death. 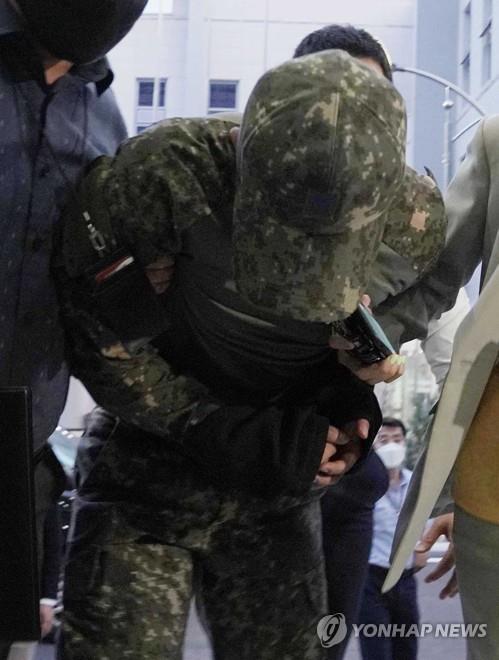