SEOUL, June 3 (Yonhap) -- The military will raise the average daily meal cost for service members by 14 percent to 10,000 won (US$9) next month, the defense ministry said Thursday, amid criticism soldiers, especially those under coronavirus quarantine, are poorly fed.

The decision was announced as the government launched an interagency task force to come up with measures to improve troops' living conditions following a series of complaints over inconveniences.

The quality of military meals, in particular, gained attention after active-duty soldiers uploaded photos of their meals on a Facebook page that serves as an anonymous bulletin board for troops, leading to Defense Minister Suh Wook's apology.

The ministry had originally planned to raise the daily meal cost next year, but the push has been advanced "under close coordination with the financial authorities," the ministry said. 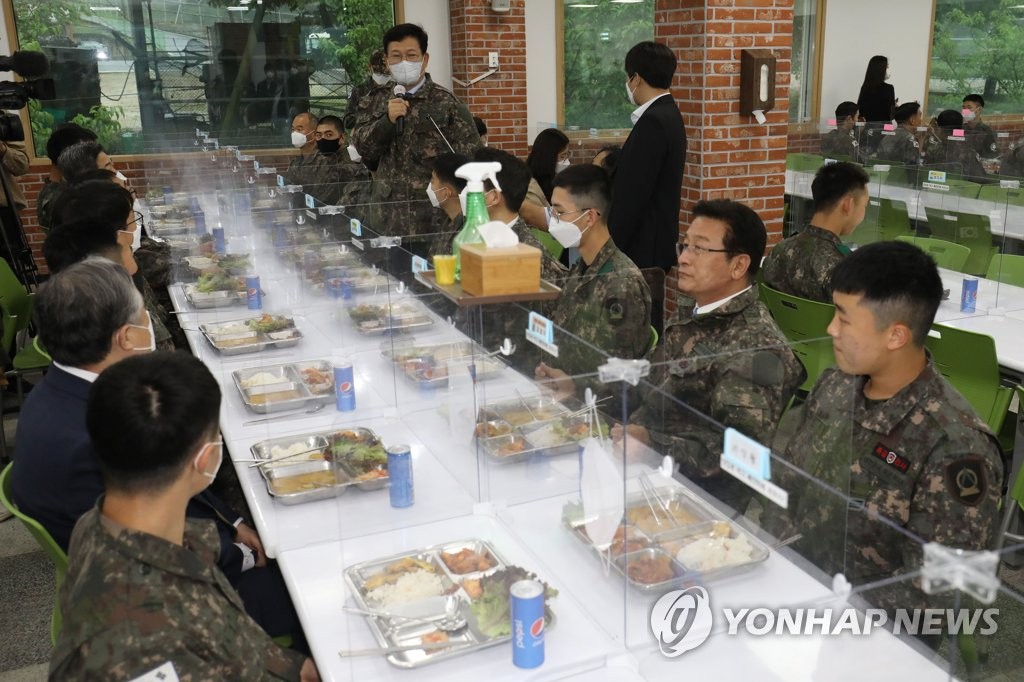 The current cost per meal for troops is 2,930 won, lower than the average for high school students at 3,625 won.

The government will inject 75 billion won for the raise and provide more meat and processed foods preferred by the troops, it said.

The military will also allow soldiers to order delivery food twice a month from the current four times a year.

In response to complaints over poor living conditions at boot camps, the military said it will begin the renovation of the Korea Army Training Center next year. The center is the largest boot camp in the country.

"Under a firm understanding to respect and treat our service members as citizens of our society, we will continue to push for related policies for the military to meet the people's expectations and earn their trust," Park said. 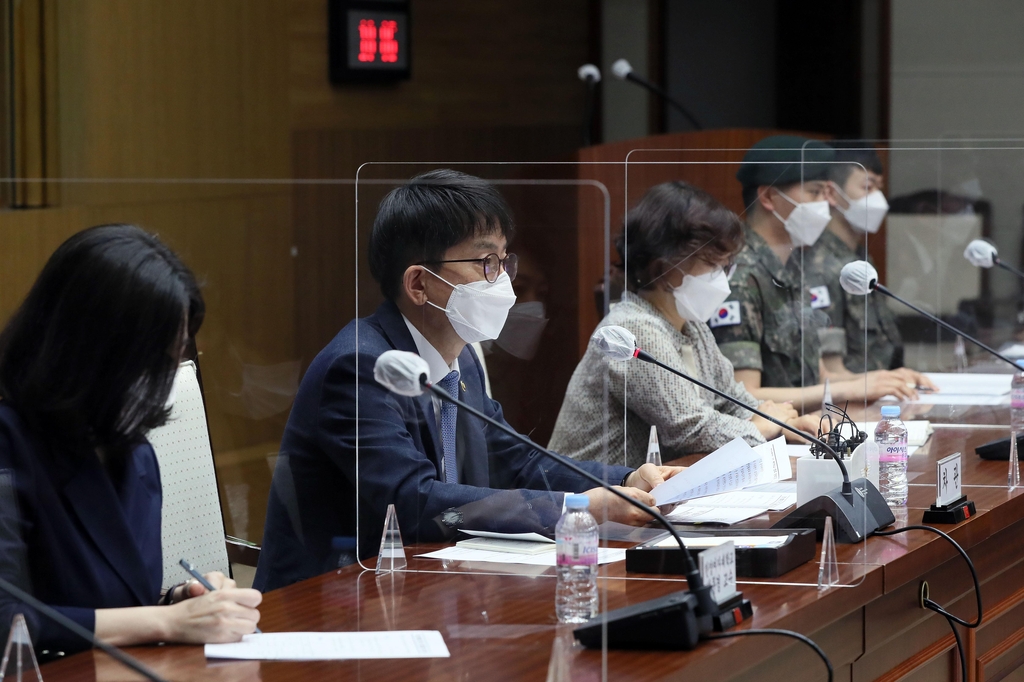