Moon was referring to the Air Force noncommissioned female officer who was found dead in late May in an apparent suicide. In March, she allegedly suffered unwanted physical touching by a male colleague with the same rank of master sergeant in a vehicle. She reported the incident to her senior officers the following day, but they are accused of having sought to hush up or cover up the incident.

"It is heartbreaking to think of the victim who must have been in despair," Moon said, according to Cheong Wa Dae spokesperson Park Kyung-mee.

The president "made a strong instruction" for the investigative authorities to handle the incident in a strict way, she added, amid news reports of a suspected secondary assault by some military officials.

The president also ordered the military to look into whether there have been any problems in the overall procedures so far of handling the case, including measures taken by a top-level commander. 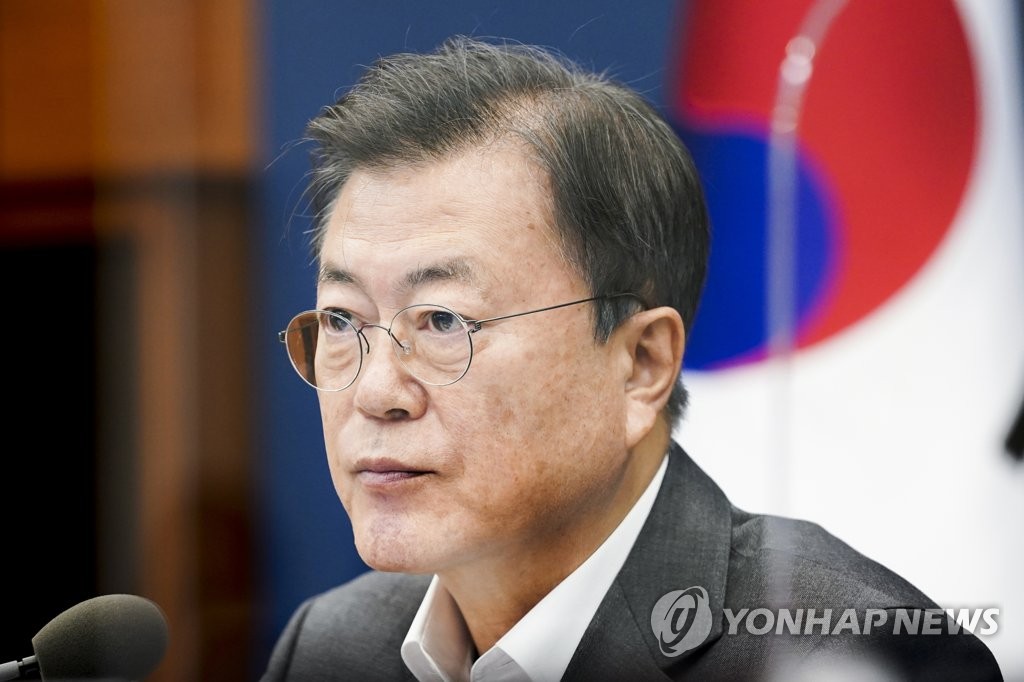