SEOUL, June 4 (Yonhap) -- Park Young-gle, an office worker living in Seongnam, just south of Seoul, had lingering concerns about getting a COVID-19 vaccine when a call arrived from a local clinic saying she was next up in line for a leftover shot.

"Reports and rumors about blood clots related to younger people still bothered me, but I figured that the benefit of getting vaccinated is greater than the risk of that going wrong," the 31-year-old said.

People aged over 30 in South Korea, like Park, can apply for leftover vaccines from "no-show" appointments. Fortunately, Park had no post-vaccination symptoms.

"I just wanted to be able to get my old life back, even if it means getting back a small part of it," Park said.

South Korea began its nationwide inoculation on Feb. 26, starting off with essential personnel, like police officers and medical staff members.

Contrary to health authorities' expectations for high turnouts, there was a great deal of hesitancy about getting the shots, largely driven by safety concerns over AstraZeneca (AZ) jabs -- the bulk of which the country has procured for its 51.3 million citizens. 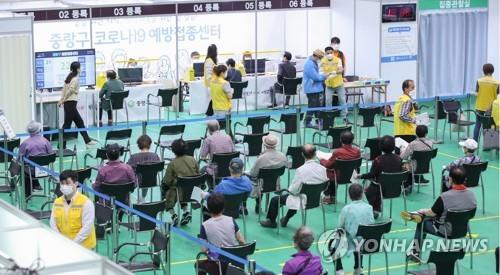 "Rumors and unfounded arguments about AZ side effects circulated through mainstream and social media," Chun Eun-mi, a professor at Ewha Womans University Medical Center, said. "The deaths and severe abnormal reaction cases, like the 40-something nurse who suffered quadriplegic symptoms, added to the fears," she said.

An April survey by Hankook Research conducted on 1,000 adults showed that 61.4 percent of the respondents said they were willing to get vaccinated, down 6.6 percentage points from its March survey. More than 84 percent of them cited the fears about abnormal reactions.

"This pandemic is new to everyone, and so are the vaccines. Uncertainties have made people very wary," Kwak Keum-joo, a psychology professor at Seoul National University, said.

But things began to change.

Data from the Korea Disease Control and Prevention Agency (KDCA) showed that it took 39 days for the number of vaccinated people to reach the 1 million mark after the inoculation program kicked off.

The time span got shorter and shorter. It took 17 days to reach 2 million and seven days to hit 3 million, according to the KDCA. As of last Friday, 10 percent of the population had received at least their first shots of vaccines.

Yoo Hye-ja, 63, decided to brush aside her fears and take the advice of her daughter, who advocated for an early vaccination. The daughter, a clinical scientist at a general hospital, was among the first to get the vaccines early this year.

"If it's something that you can't avoid, you should not hold back," Yoo said. "I look after my three grandchildren when their parents are at work. If I get the vaccine, it's good for the children. They'll be able to go around and play without masks sooner or later," she said. 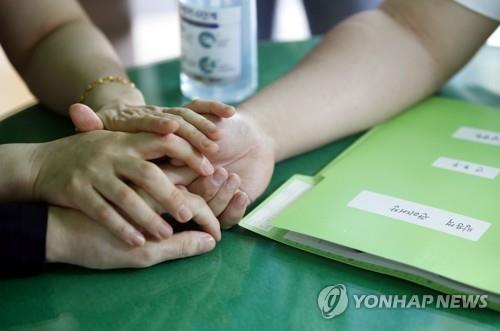 Experts attributed the shift in the public's attitude to the realization that the vaccine fears were blown out of proportion, as more scientific data that came along demonstrated the efficacy of vaccination.

"We have seen cases where none of the vaccinated family members turned out to be infected when the others who hadn't got the shots were," Jung Jae-hun, a professor of preventive medicine at Gachon University, said.

"Such information offered reassurance that it's probably better off getting the shots," he said.

The government's rollout of new incentives for vaccinated people was also a timely measure, the experts said, coupled with the launch of the online search and booking services for leftover vaccines, provided by Naver and Kakao, South Korea's two biggest internet portals.

Starting this month, people who have been vaccinated with their first doses for more than two weeks are exempt from family gathering restrictions limiting the number of guests to eight.

"We're all fatigued by the long deprivation of social get-togethers," Kwak of Seoul National University said. "The anticipation that once you're vaccinated, you can get your life back, at least to some extent, is a strong motivation," she said.

The government plans to introduce new distancing rules, under which vaccinated people will be allowed to go without masks at certain public places, like parks and trekking sites.

"At the same time though, the authorities need to make sure that the incentives don't give people the wrong signal that the distancing is over," Jung, the Gachon University professor, said.

As of Wednesday, 13.1 percent of South Koreans had received at least their first COVID-19 vaccine shots. The country is aiming for a 25 percent national vaccination rate in the first half and herd immunity by November.

Park from Seongnam hopes to visit her best friend, who she hasn't met for over a year since the friend had a baby in January last year, just before the pandemic took hold.

"I only saw the baby photos on her Instagram. I just wish that the time will quickly come and I can hold the baby in my arms," she said. "That'll be such a relief for me." 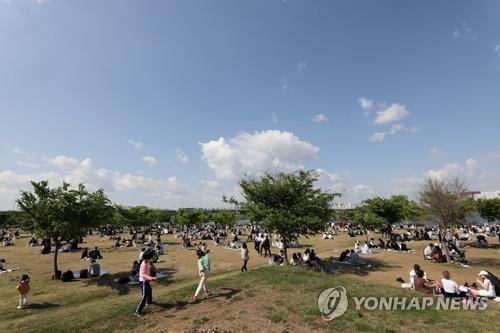