Since 2018, the Korea Fair Trade Commission (KFTC) has been investigating Samsung Electronics Co., Samsung Display and two other Samsung units over allegations that they have unfairly supported Samsung Welstory Inc., the group's food service affiliate, by allowing it to run their in-house cafeteria business for them.

In May, Samsung proposed measures to fix its business practice and other supportive steps, including lowering an entry barrier for its cafeteria business to non-affiliated firms.

But the KFTC said it has decided not to approve Samsung's proposed corrective measures, saying that they failed to meet some criteria for approval. The regulator will proceed with its review over the level of punitive actions against Samsung. 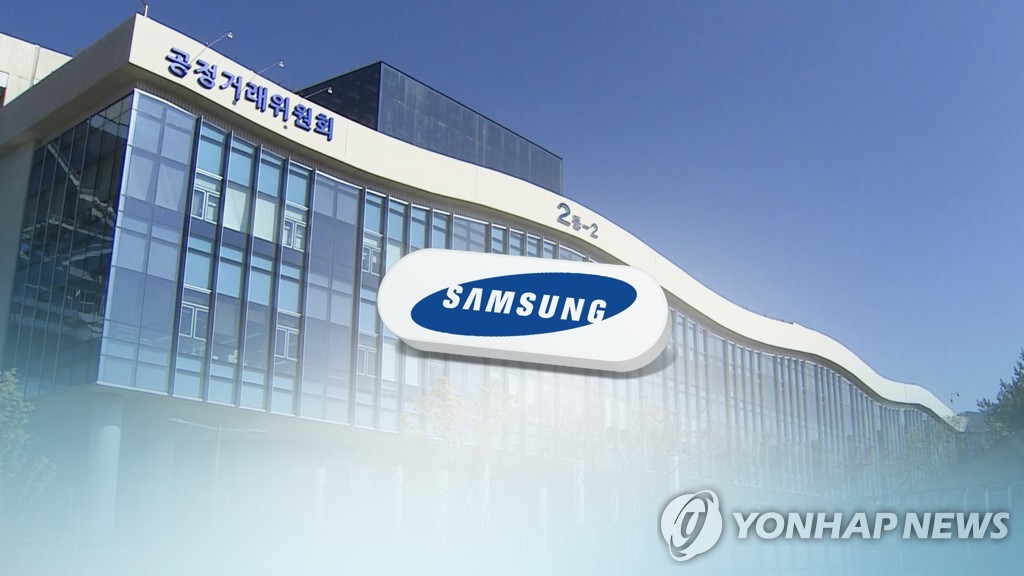 South Korean law allows a company accused of anti-competitive practices to state a correction scheme without deliberating whether those practices violate the country's competition act. The move is aimed at speedily resolving such cases and remedying the damage to consumers without resorting to legal means.

Internal trading is blamed here for allowing owner families of conglomerates to easily net large profits by having subsidiaries award lucrative contracts to each other, undermining the principle of fair competition.