SEOUL, June 3 (Yonhap) -- President Moon Jae-in faced a direct call Thursday from a group of lawmakers to be more aggressive in allocating more of the budget to help people suffering due to the drawn-out COVID-19 crisis.

He had a 90-minute meeting with 68 first-term lawmakers of the ruling Democratic Party (DP) at Cheong Wa Dae.

Many of the participants stressed the need for the finance ministry to take a more expansionary approach in terms of budget spending, according to Rep. Ko Young-in, who leads the "rookie club" of the party.

The DP is pushing for the "universal" provision of another round of "disaster relief money" to all the households in South Korea. But the finance ministry is openly opposed to the suggestion, citing budget constraints. 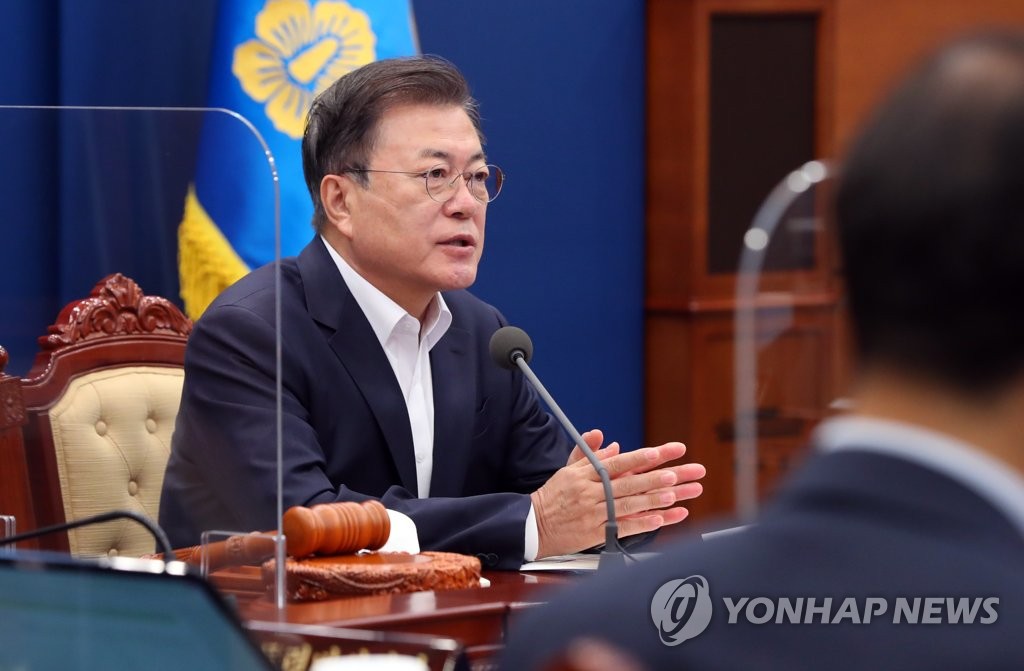 The party and the ministry have divergent views as well on the scale of the proposed budget use to compensate the self-employed and small business owners for their losses incurred due to strict social distancing restrictions.

Rep. Lee Tah-ney also recalled Moon's statement that, "Now is the time that a wartime-like budget operation is necessary."
Lee added, "However, fiscal authorities are not keeping up with the president's message." 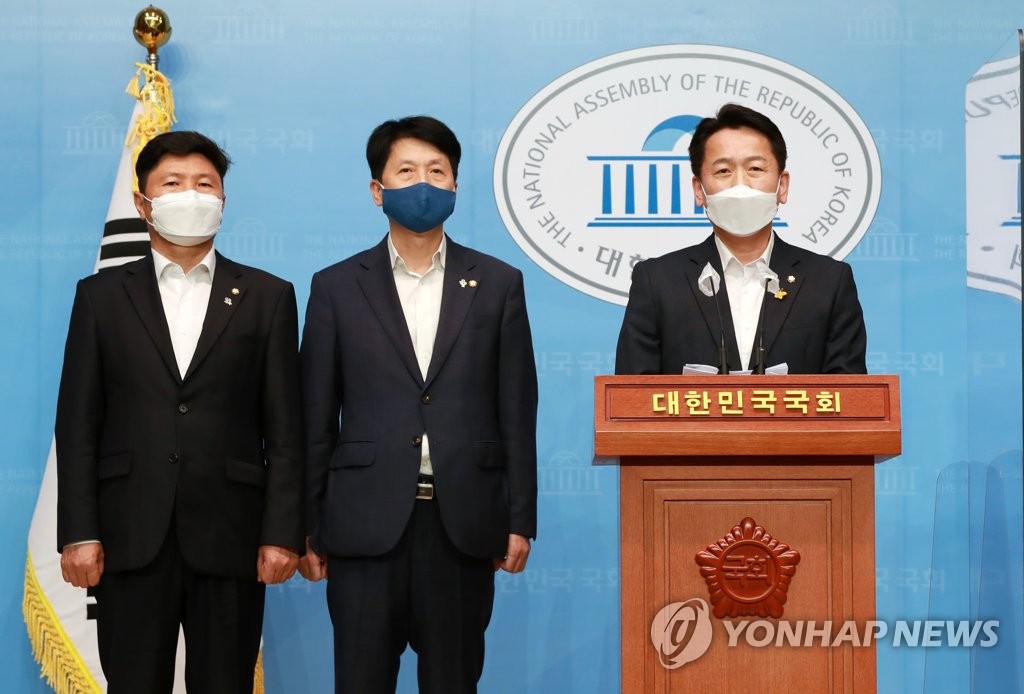 The president replied that his administration would make all-out efforts until the end of its tenure to overcome the crisis, restore the economy and pave the way for its take-off.

Moon emphasized that it is important for the liberal ruling bloc to be "united internally" to drum up public support and achieve its policy goals, Cheong Wa Dae spokesperson Park Kyung-mee said at a separate press briefing.

He expressed optimism that South Korea would be able to reach herd immunity earlier than the original target of November as vaccinations are picking up speed.

Moon pointed out that the country's economy is fast recovering from the impact of the pandemic and the United States even regards it as the best partner in the global supply chains of hi-tech industries.

Such a feat, which was not accomplished overnight, is based on the government's campaign to foster innovative growth, especially in the three sectors of future cars, system semiconductors and bio-health, the president added.

On the politically controversial drive to reform the state prosecution service, he said it is not complete yet.

"With the direction set, however, it will be completed at last," he added.