SEOUL, June 3 (Yonhap) -- A group of South Korean lawmakers on Thursday submitted a resolution condemning Japan for laying claim to Dokdo on a map for the upcoming Tokyo Olympics.

The resolution signed by 132 legislators -- 128 from the ruling Democratic Party (DP), three from the progressive minor Justice Party and one independent -- was submitted for approval at the National Assembly's general meeting.

"(The map) gravely harms the trust between South Korea and Japan and could threaten the peace in Northeast Asia, let alone violating the Olympic spirit downright," the legislators said.

They denounced the territorial claim as an "evident provocation" that infringes upon South Korea's territorial sovereignty, demanding the wrongful description be removed immediately. 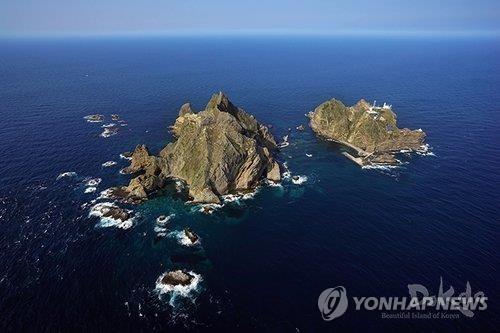 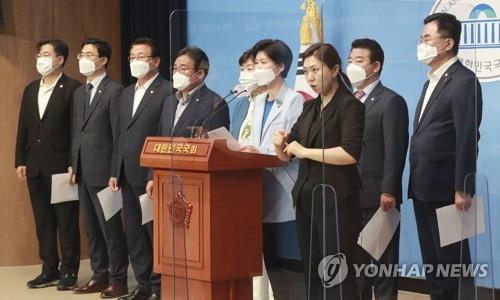 Dokdo has long been a recurring source of tension between the two neighbors, as Tokyo continues to lay claim to the East Sea islets, which have been under the effective control of Seoul since the Korean liberation from Japan's 1910-45 colonial rule.

In the resolution, the lawmakers also requested the International Olympic Committee (IOC) order the removal of Dokdo on the Japanese map in question.

During a radio interview earlier in the day, DP Rep. Yun Kun-young denounced Japan's inclusion of the islets on the map as an act of a "third-rate" country and slammed the IOC for inaction on the matter.

"This is not a matter that could be winked at," he said, adding that the Seoul government should go so far as to consider boycotting the upcoming Olympics entirely.