SEOUL, June 3 (Yonhap) -- South Korean films "Emergency Declaration," directed by Han Jae-rim, and "In Front of Your Face" by Hong Sang-soo were invited to this year's Cannes Film Festival.

In the official selection for the 74th Cannes Film Festival announced on Thursday, "Emergency Declaration" was listed in the Out of Competition category along with five other films, including "The Velvet Underground" by Todd Haynes, "Stillwater" by Tom McCarthy and "De Son Vivant" by Emmanuelle Bercot.

Celebrated South Korean auteur Hong Sang-soo's "In Front of Your Face" was named in the Cannes Premieres section.

The announcement marked the first time in five years in which a Korean film failed to make an entry to Cannes' main competition, excluding last year when the festival was canceled.

The Cannes festival, one of the most prestigious film fests in the world, will take place on July 6-17, with American filmmaker Spike Lee named jury president.

This year, 24 films including the opener "Annette" by Leos Carax, "Red Rocket" by Sean Baker, "The French Dispatch" by Wes Anderson and "Drive My Car" by Ryusuke Hamaguchi, will contend for Palme d'Or.

While its 2020 edition was canceled due to the COVID-19 pandemic, Cannes' organizers announced the list of its selections of 56 movies without prize winners. Two Korean movies -- Yeon Sang-ho's "Peninsula" and Im Sang-soo's "Heaven: To The Land of Happiness" -- were included. 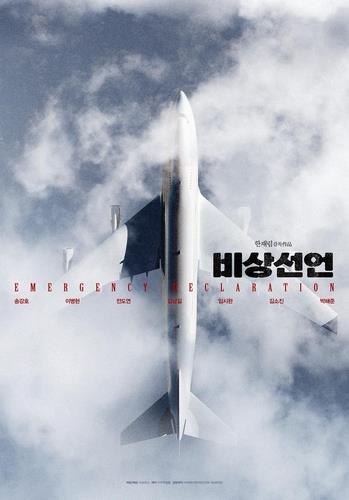 'Emergency Declaration,' 'In Front of Your Face' invited to Cannes' non-competition

'Emergency Declaration,' 'In Front of Your Face' invited to Cannes' non-competition