The daily caseload remained in the 600s for the third consecutive day as cluster infections in schools, workplaces and bars continued to pop up across the nation.

There was one additional death, raising the total to 1,969. 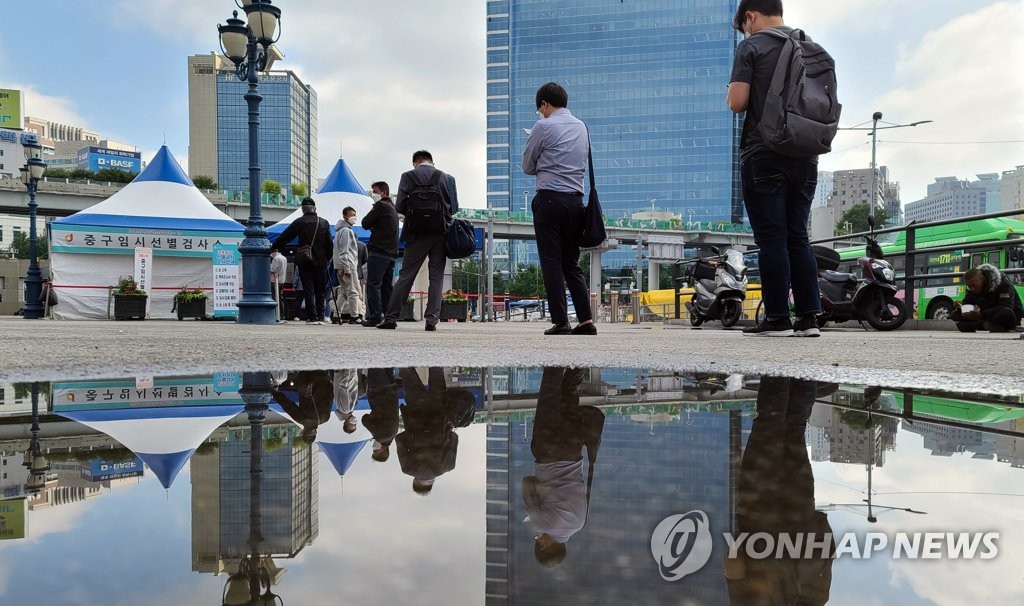 Health authorities remain on guard against sporadic infections and more transmissible variant cases while ramping up efforts to inoculate the elderly population, who are considered more vulnerable to the coronavirus.

The southwestern city of Daegu on Thursday strengthened its virus curbs in response to a sharp hike in additional patients and the rise of British variant cases.

KDCA Director Jeong Eun-kyeong said the nation is expected to achieve its goal of inoculating over 13 million people, or a quarter of the total population, within this month, earlier than expected, given a smooth supply of vaccines and willingness to be vaccinated among the elderly population.

The KDCA said the reservation rate for vaccinations among those aged 60 and over stood at 80.6 percent as of Friday, and 99.8 percent of them actually showed up for the inoculations.

A total of 5.52 million have made appointments for inoculations by June 19, and about 500,000 will receive their shots per day next week, the KDCA said.

Health officials expect the vaccinations among seniors to lower the number of critically ill patients and deaths, expressing hope that the additional vaccine rollout for the non-priority group will help slow down virus transmissions in summer.

The fatality rate stood at 1.38 percent on Friday, down from 1.8 percent in February.

"As the general population will get vaccine jabs starting in July, the virus curve is expected to flatten starting in late July and early August," Sohn Young-rae, a senior health official, told reporters. 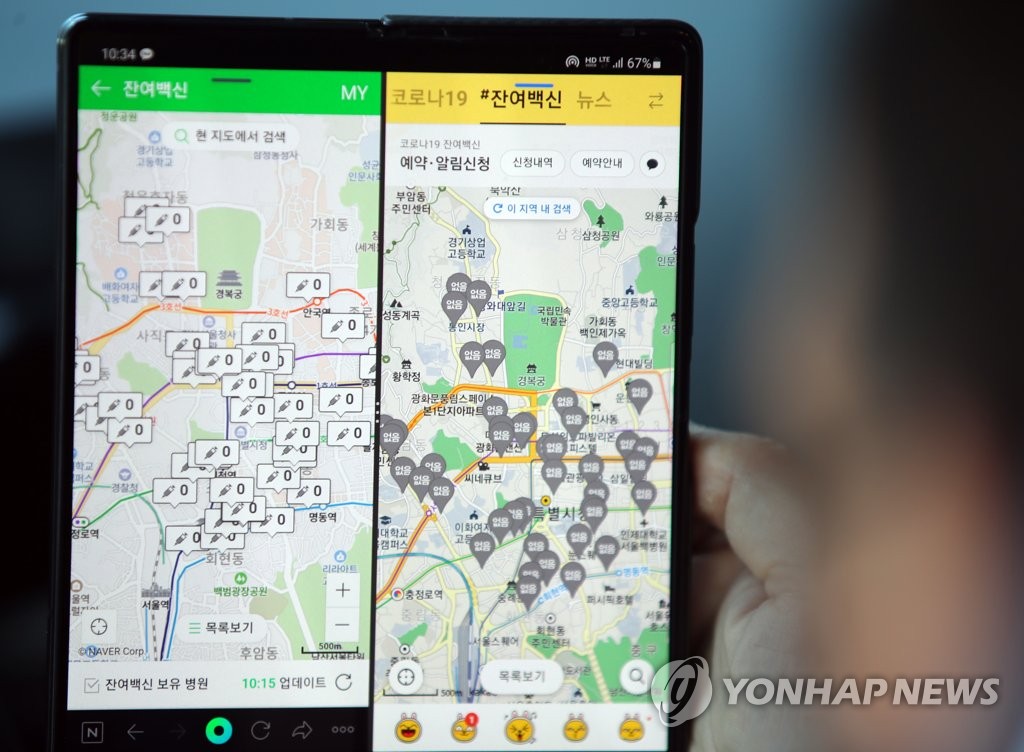 A total of 7.08 million people, including 342,576 the previous day, have received their first shots of COVID-19 vaccines since the vaccine rollout on Feb. 26, taking up 13.8 percent of the total population.

Vaccine doses by AstraZeneca and Pfizer were administered to 4.5 million and 2.5 million people, respectively.

The KDCA said 2.25 million people, or 4.4 percent of the total population, have been fully vaccinated, with 25,504 receiving their second jabs the previous day.

An airplane carrying the U.S. government's supply of Johnson & Johnson's Janssen vaccine for 1 million people is expected to arrive here early Saturday, which will be the fourth COVID-19 vaccine available in the nation.

The Janssen vaccines will be given to reservists, members of civil defense and those related to the country's defense and foreign affairs in line with Washington's pledge to donate them to Korean troops, and those aged under 30 will be excluded amid concerns over blood clots.

Teachers at day care centers, kindergartens and elementary schools will receive vaccines from Pfizer and Moderna between July and August, as schools are preparing to fully open in-person classes starting in September, the KDCA said.

About 375,000 are eligible for the two types of vaccine, and over 80 percent of them have made their reservations as of Friday, the KDCA said.

Of the locally transmitted cases, 205 came from Seoul and 204 from the surrounding Gyeonggi Province.

A high school in northern Seoul has reported 35 cases among its students.

The southeastern city of Daegu reported 65 new patients, the highest outside the Seoul metropolitan area.

Among them, 20 cases were confirmed to be the more transmissible British variant, the provincial government said.

In response to a sharp hike in new cases, which was the highest since March 2020, the Daegu provincial government on Thursday strengthened the Level 1.5 social distancing to Level 2, the third-highest of the five-tier scheme, shortening business hours for restaurants, cafes and other venues.

There were 21 additional imported cases, with 15 coming from Asian nations excluding China.

The number of seriously or critically ill COVID-19 patients came to 151, up two from the previous day.

The total number of people released from quarantine after making full recoveries was 133,289, up 590 from a day earlier. 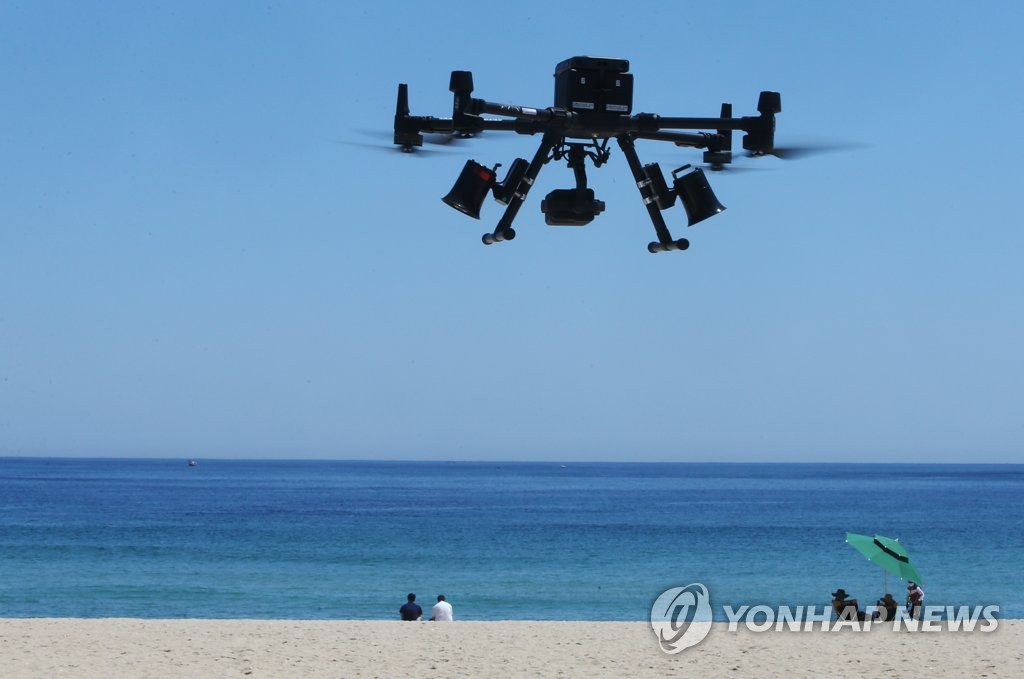