The airmen stationed in Osan, 55 kilometers south of Seoul, were confirmed to have been infected in a test required to exit quarantine. They had been in isolation following COVID-19 cases on their base earlier, according to the ministry.

One of them also had received the first dose of a COVID-19 vaccine, bringing such cases among the military population to 16, officials said.

The latest cases raised the total number of infections reported among the military population to 975, with 48 currently under treatment. 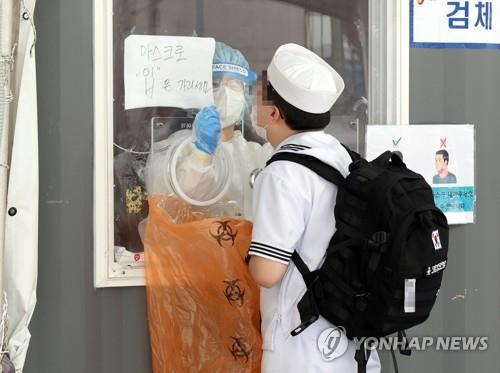