SEOUL, June 4 (Yonhap) -- Air Force Chief of Staff Gen. Lee Seong-yong offered to step down Friday, holding himself responsible for the suicide of a sexually harassed female noncommissioned officer and the military's mishandling of the case.

President Moon Jae-in was quick to accept the resignation, as he ordered a thorough investigation and stern punishment of those responsible a day earlier, saying his heart aches to think of the despair the victim must have felt.

Presidential aides said whoever is responsible will be dealt sternly with regardless of their ranks.

"Anyone in the top command line cannot be an exception," an official said. "We will look into how this case was reported and what measures were taken thereafter. If there are problems, (those responsible) will be dealt with sternly regardless of their positions."

Public criticism has been mounting that superiors of the victim, a master sergeant, attempted to persuade her to reach a settlement with the perpetrator of the same rank, rather than trying to protect her and actively pursue an investigation.

About three months after the sexual abuse, the victim took her own life last month.

"I keenly feel heavy responsibility over the series of circumstances and express a desire to resign," Lee said in a message to reporters. "I'd like to offer an apology for causing concern to the people. Above all else, I express deep sorrow to the victim and extend heartfelt condolences to the bereaved family."

The Air Force has also been accused of attempting to downplay her death as it characterized the case as a "simple death" unrelated to other cases without mentioning the sexual harassment case while reporting the matter to the defense ministry. 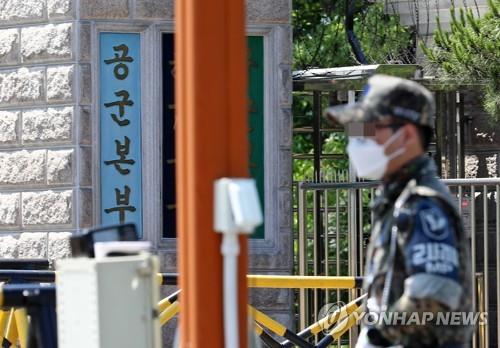 Amid growing public uproar, the defense ministry took over the case from the Air Force earlier this week and is carrying out an extensive probe by forming a joint team with military prosecutors and military police.

Earlier in the day, military prosecutors conducted a series of raids on the police corps of the Air Force headquarters and the 15th Special Missions Wing that the victim was affiliated with.

It also dispatched officials of the criminal investigation command to the 20th Fighter Wing in the western city of Seosan, where the victim served at the time of the incident, "to check if the police there properly conducted an initial probe," the ministry said in a release.

According to the bereaved family, she reported the abuse to her superiors. But they rather tried to persuade her to reach a settlement with the suspect, surnamed Jang.

As Jang only admitted to part of the allegations against him, the victim secured video footage from a dashboard camera inside the vehicle where the incident occurred and submitted it to the Air Force investigators as evidence. But they did not conduct a probe actively, the family said.

After taking two months off, she applied for and was granted a transfer to the 15th Wing in May.

But some officers of the 15th Wing treated her badly, regarding her as a troublemaker, according to the family. Three days after being transferred, she registered a marriage to her fiance, also an airman of the 20th Wing, but took her own life the following day.

The Air Force secured the suspect's cellphone only late last month, and it was only Wednesday of this week that Jang was arrested on charges of sexual assault and inflicting injury.

On Thursday, two superiors -- a warrant officer and a senior master sergeant -- were relieved of duty and are facing investigations on charges of negligence of duties and attempted coercion. One of them was even earlier accused by her family of abusing the victim.

"We will carry out an extensive probe into the case to reveal all the truths," a ministry official said. 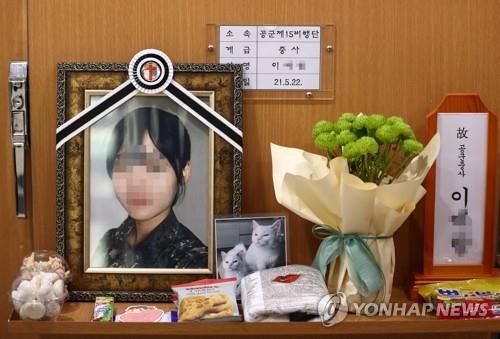 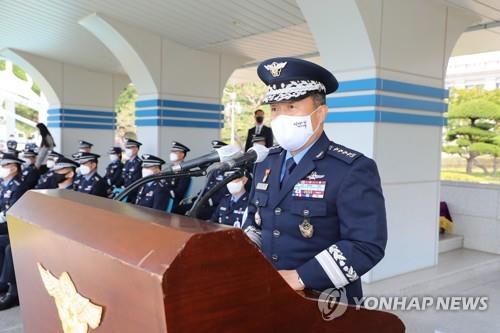