In a telephone conference with reporters, Gen. Kenneth Wilsbach also said North Korea had significant developments in its missile capability, singling out the reclusive regime along with China and Russia as countries "in competition with" the U.S. that cause concerns in the region.

The remarks were made one day after a North Korean propaganda outlet denounced Seoul's decision to send F-15K fighter jets, cargo planes and dozens of troops to join the Red Flag-Alaska 21-2 exercise slated to kick off next week, saying the South Korean military is "going through fire and water" for the U.S.

"It shouldn't be seen as anything other than routine training," the commander said. "It is not, in any way, meant to be escalatory to the region or destabilizing to the region."

The planned event will be the first major combined military exercise involving the U.S., South Korea and Japan under the Joe Biden administration, which has called for the improvement in security ties between Seoul and Tokyo to better deal with North Korea and China.

Referring to "significant development" in missile capabilities by North Korea, China and Russia, Wilsbach said his country is continuously improving missile defense systems, such as THAAD, "to account for advancements in the threat that we perceive."

"We have a very strong relationship with the Republic of Korea and the Combined Forces Command is very tight," he added, referring to South Korea by its official name. 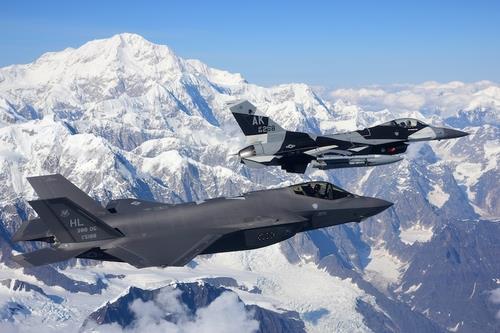