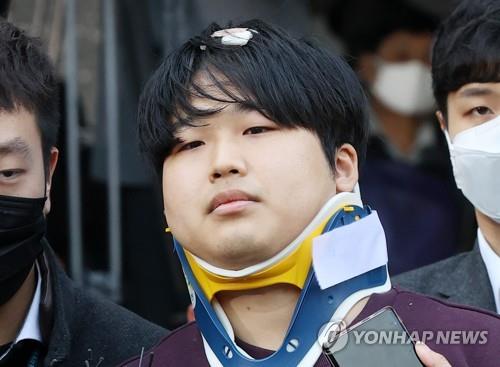 This week's ruling reduced Cho's sentence by three years, after he was convicted on charges of violating laws on protecting minors from sexual abuse, operating a criminal ring and concealing criminal proceeds.

Cho was indicted early last year on 14 counts of criminal charges. Cho was accused of organizing a criminal ring from May 2019 to February 2020, during which he and his accomplices blackmailed 74 females, including 16 minors, into filming sexually abusive content that was then sold to the members of Baksabang, an online chat room on Telegram.

The Seoul High Court said it commuted Cho's sentence because he settled with some victims, with the help of his father.

The court, however, upheld the previous court's order that his personal details be made public for 10 years and banned him from working at child-related facilities for 10 years after his release.

The court also maintained that Cho wear an electronic bracelet for 30 years and pay a forfeiture of 100 million won (US$89,530).
(END)