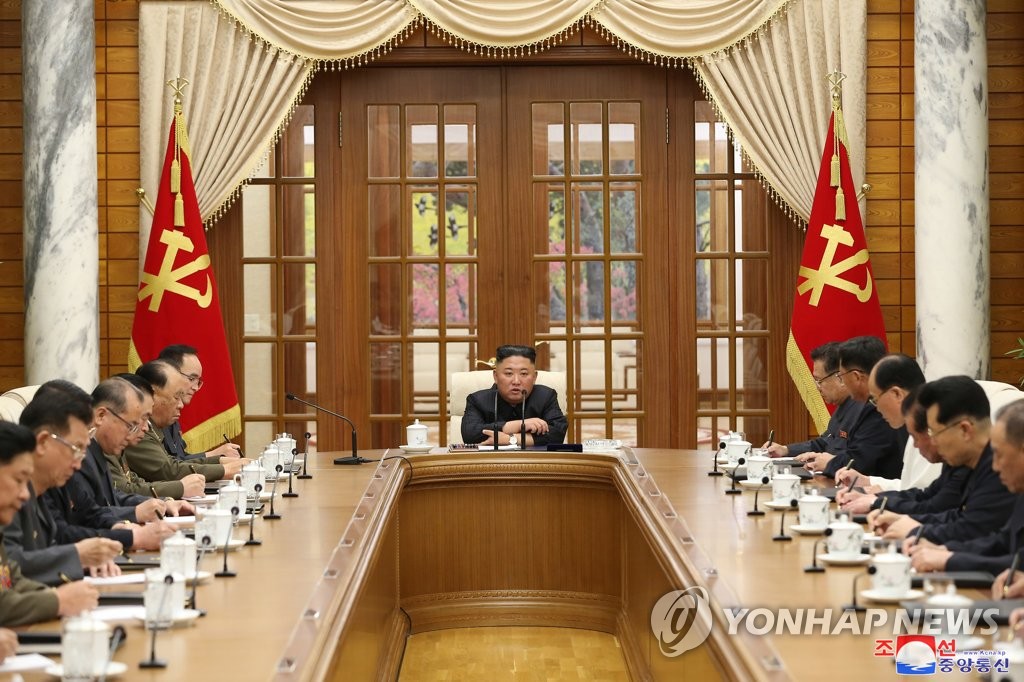 "Positively appreciating that a lot of planned works are being sped up on a long-term basis ... the respected General Secretary briefed and analyzed the execution of major policy tasks in different fields for the first half of the year," the KCNA said.

Kim said that the plenary meeting will be held to review overall state affairs for the first half of the year in order to implement new measures to correct mistakes and "deflective matters."

The meeting also discussed the structural reorganization of departments of the Central Committee of the Party and other agenda items for the upcoming plenary meeting.

Kim was previously last seen in public on May 6 when he held a photo session with families of the North's army after watching their performance the previous day.