SEOUL, June 5 (Yonhap) -- South Korea's daily new coronavirus cases bounced back to over 700 on Saturday, as cluster infections continued to sprout up across the country despite a stepped-up vaccination campaign.

The country reported 744 more COVID-19 cases, including 725 local infections, raising the total caseload to 143,596, the Korea Disease Control and Prevention Agency (KDCA) said. The latest tally marked the highest since May 26 when 706 new cases were reported.

There were two additional fatalities, raising the total death toll to 1,971.

This week, the country has seen its daily virus count rise from 430 on Monday to 677 on Wednesday and 695 on Friday, as sporadic infections continued to erupt in workplaces, restaurants, bars and saunas.

Health authorities remain on guard against continued infections and more transmissible variant cases while ramping up efforts to inoculate the elderly population, who are considered more vulnerable to the coronavirus. 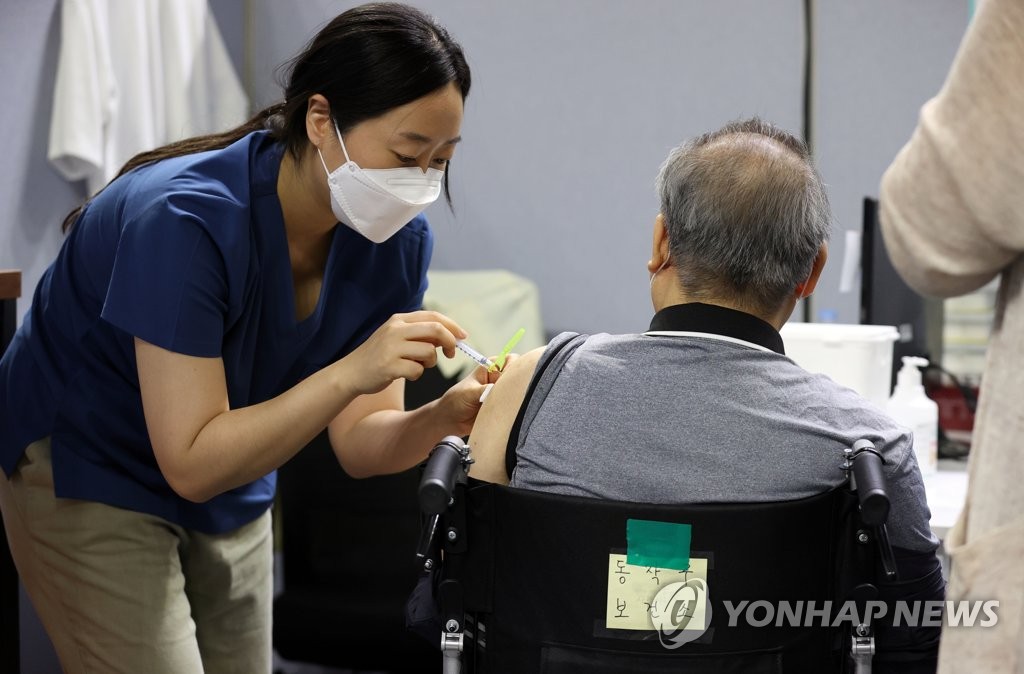 Authorities expect to achieve the goal of inoculating over 13 million, or a quarter of the nation's population, by end-June, considering a smooth supply of vaccines, including the predawn arrival on Saturday of over 1 million doses of Johnson & Johnson vaccine from the United States.

The KC-330 military aircraft carrying the Janssen vaccine for 1.01 million people arrived at 12:40 a.m. at Seoul Air Base in Seongnam, just south of Seoul, in what Seoul and Washington officials touted as a sign of the robust alliance.

A total of 7.45 million people, including 367,761 the previous day, have received their first shots since the vaccine rollout on Feb. 26, taking up 14.5 percent of the total population.

Vaccine doses by AstraZeneca and Pfizer were administered to 4.83 million and 2.62 million people, respectively.

The KDCA said 2.27 million people, or 4.4 percent of the total population, have been fully vaccinated, with 29,584 receiving their second jabs the previous day. 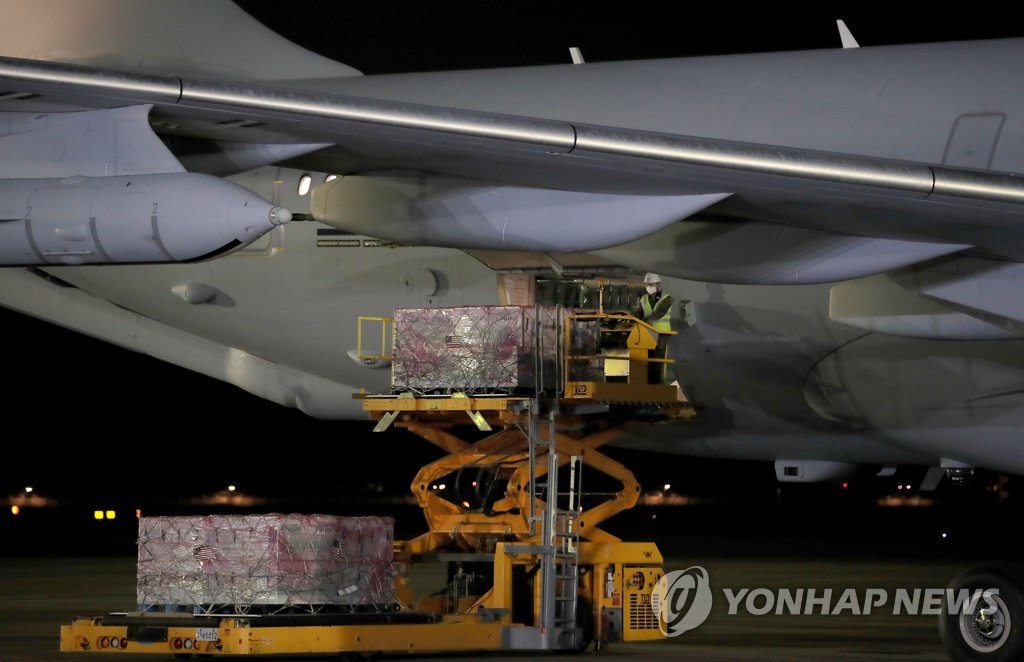 Of those who got vaccine shots, 33,422 have reported apparent side effects, but nearly 95 percent of these cases involved mild symptoms, such as fever, headache and muscle pain, according to the KDCA.

Health officials expect the vaccinations among seniors to help lower the number of critically ill patients and deaths.

The fatality rate stood at 1.37 percent Saturday, down from 1.8 percent in February.

Of the locally transmitted cases, 274 came from Seoul and 206 from the surrounding Gyeonggi Province.

There were 19 additional imported cases, with 11 coming from Asian nations, excluding China.

The number of seriously or critically ill COVID-19 patients came to 151, the same as the previous day.

The total number of people released from quarantine after making full recoveries was 133,763, up 474 from a day earlier.