SEOUL, June 5 (Yonhap) -- More than 1 million doses of Johnson & Johnson's Janssen COVID-19 vaccine arrived in South Korea from the United States on Saturday in what Seoul and Washington officials touted as a sign of the two countries' robust alliance.

The KC-330 military aircraft carrying the vaccine for 1.01 million people arrived at 12:40 a.m. at Seoul Air Base in Seongnam, just south of Seoul, after it departed from an air base on the U.S. west coast Thursday (U.S. time), officials said. 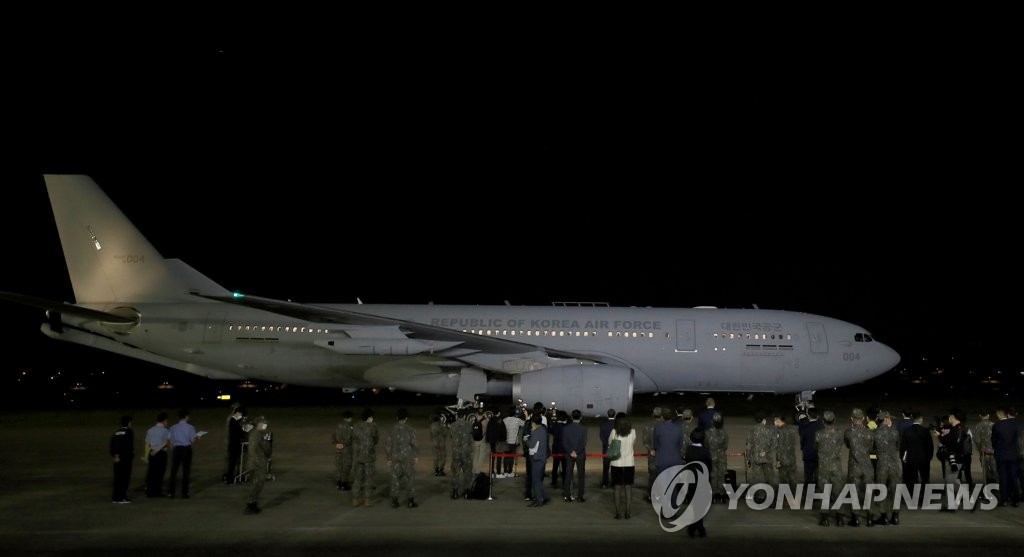 Seoul plans to use them to inoculate reserve forces, civil defense members and others in charge of defense and foreign affairs.

Officials from the Seoul government and the U.S. Embassy, including Vice Defense Minister Park Jae-min and Rob Rapson, charge d'affaires at the U.S. Embassy in Seoul, welcomed the arrival of the vaccine on the tarmac.

"The arrival of the Janssen vaccine served as an opportunity to once again realize the solid bond of the South Korea-U.S. alliance and its crucial value," Park said. "I thank the Korean and U.S. military for its operations to safely transport the vaccine doses."

In a tweet, Rapson pointed out, "This is what allies do; this is what makes our Alliance and Partnership so strong!"

Touching on the vaccine supply, Ned Price, spokesman of the U.S. State Department, said, "The friendship between our two countries runs deep, especially in times of great need."

"One million J&J vaccines are headed to our partners in the Republic of Korea. With these doses we're ensuring the safety and readiness of ROK and U.S. forces," he tweeted.

Escorted by police, two trucks transported the U.S.-provided vaccines into warehouses in Icheon, 80 kilometers southeast of Seoul, and Pyeongtaek, 70 km south of Seoul, for use later this month. 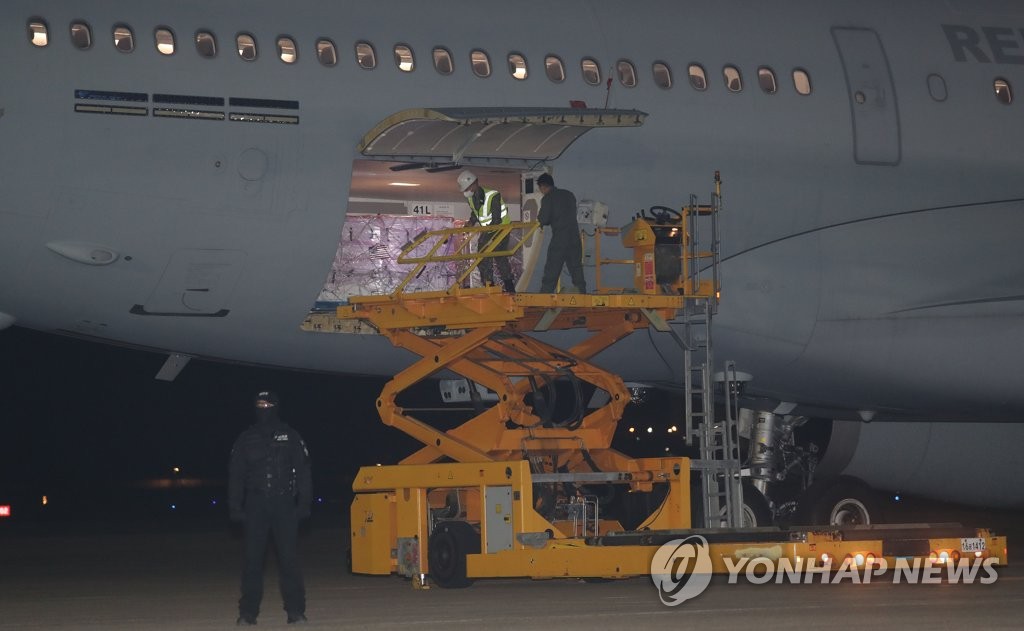 Over 1 mln doses of J&J vaccine from U.S. arrive in S. Korea

Over 1 mln doses of J&J vaccine from U.S. arrive in S. Korea