SEOUL, June 5 (Yonhap) -- The head of the ruling Democratic Party said Saturday that he would seek a visit to the United States in the near future to explore a "clue" for the resumption of the now-shuttered inter-Korean industrial complex in North Korea's border city of Kaesong.

Song Young-gil made the remarks during a meeting with an association of businesses that used to run operations at the complex closed in February 2016 following the North's nuclear and missile tests.

The business owners have called for the government to find a way to recoup financial losses caused by the closure of their factories that employed tens of thousands of North Koreans to produce labor-intensive goods, such as shoes, watches and utensils.

"I hope that we can find a clue within the term of the Moon Jae-in administration by persuading people in the administration of U.S. President Joe Biden and building an understanding with the North Korean side," Song said.

"I am pushing for a plan to visit the U.S. in the near future," he added. 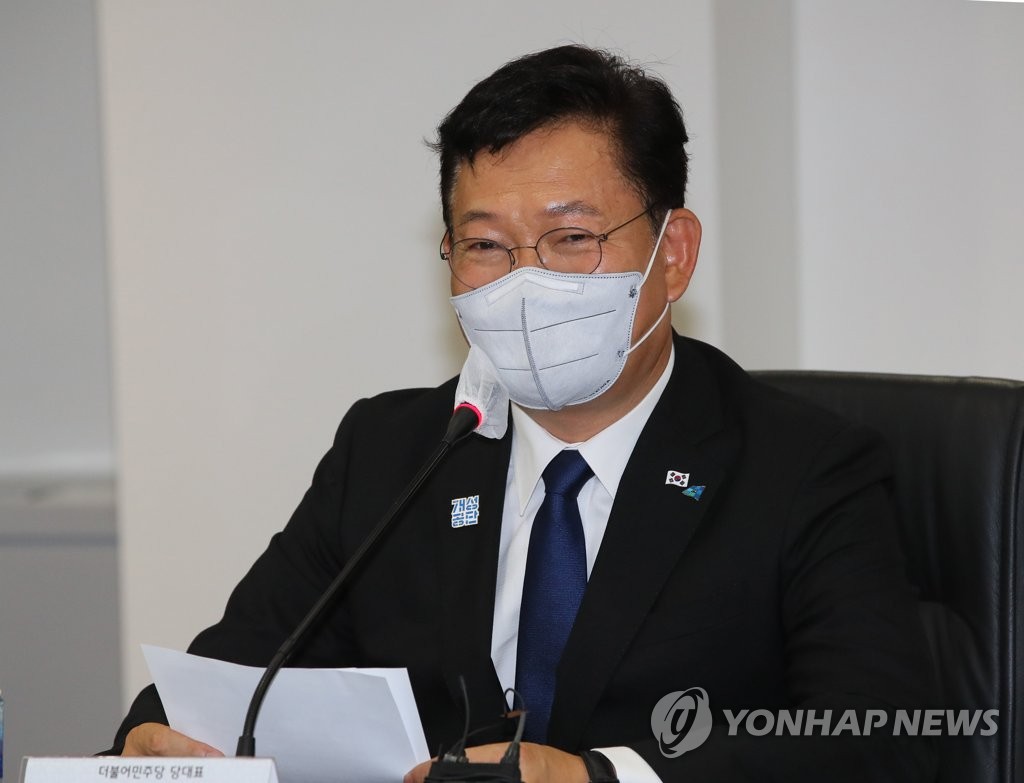 Song did not elaborate on his envisioned trip to the U.S., but he is expected to seek a loosening of international and U.S. sanctions to pave the way for the resumption of inter-Korean economic exchanges.

At the meeting, the businesspeople called on Song to push for the normalization of the complex and a special law on compensating them for financial losses -- worth 230 billion won (US$206 million) in total -- and providing other support.

"If everybody gives up on it, who would trust the government and jump into inter-Korean economic cooperation projects?" Lee Jae-cheol, head of the association, said.

The ruling party chief said in turn that he understands their agony and will relay their demand to the government.