Sen. Tammy Duckworth (D-IL) made the remarks during a meeting with reporters in Seoul, stressing the U.S. presence in the Indo-Pacific region is to support "international rules and norms," which Washington believes have been challenged by an assertive China.

Duckworth and her fellow senators, Christopher Coons (D-DE), and Dan Sullivan (R-AL), were here for talks with senior Seoul officials and others on a mission to strengthen the bilateral alliance.

"I think that just because we lift the cap doesn't mean that South Korea should immediately go out and throw a lot of money into developing these new long range missiles," Duckworth said.

"I think it's complementary to the work that we're doing here and I think it shows the maturity of the partnership and of the security alliance," she added.

After last month's summit between President Moon Jae-in and U.S. President Joe Biden, Moon announced the lifting of the guidelines barring South Korea from developing or possessing ballistic missiles with a maximum range greater than 800 kilometers.

Speculation has since persisted that Seoul's ability to field longer-range missiles could enhance U.S. security interests in the context of an intensifying Sino-U.S. rivalry, though Seoul framed it as a restoration of "missile sovereignty."

North Korean state media denounced the removal of the restrictions as a "stark reminder" of Washington's hostile approach to Pyongyang, while Chinese Ambassador to Seoul Xing Haiming has warned "China would not sit still should its national interests be harmed."

On engagement with North Korea, Coons said that the U.S. has done "everything we reasonably could and the ball is now in their court."

"They have to show some interest and some engagement," Coons said. "I think we've been clear that we would welcome further conversation, but we can't overextend ourselves in that direction."

After a monthslong policy review, the Biden administration said that it would pursue a calibrated, practical approach toward the goal of the complete denuclearization of the Korean Peninsula. 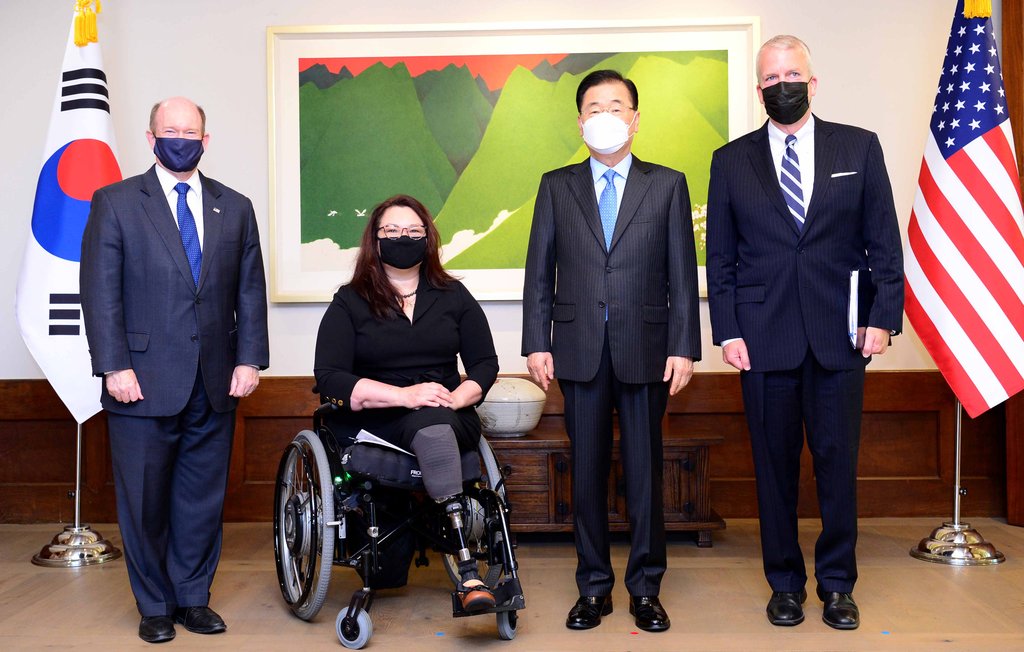