SEOUL, June 6 (Yonhap) -- Apartment prices in Seoul and its adjacent areas grew more than 1 percent for the fifth straight month in May despite the government's efforts to stabilize skyrocketing home prices, data showed Sunday.

Housing prices in greater Seoul grew 1.21 percent in May from the previous month, compared with a 1.33 percent gain in April, according to data from the Korea Real Estate Board.

Since January, the growth of apartment prices in Seoul, Gyeonggi Province and Incheon, 40 kilometers west of the capital, has stayed above 1 percent every month.

It marked the first time that housing prices in those areas have grown more than 1 percent for five consecutive months since the agency began compiling related data in 2003.

The pickup in growth came as younger people are scrambling to buy properties by taking out bank loans in anticipation of further price gains.

The home supply also remained tight as owners of multiple residences have refused to sell their homes despite higher property-related tax burdens.

Last week, Finance Minister Hong Nam-ki warned of a potential correction in housing prices, saying the government is strongly committed to stabilizing them.

The government has unleashed a series of comprehensive measures to stem the rising home prices, but the regulations only temporarily slowed the problem. 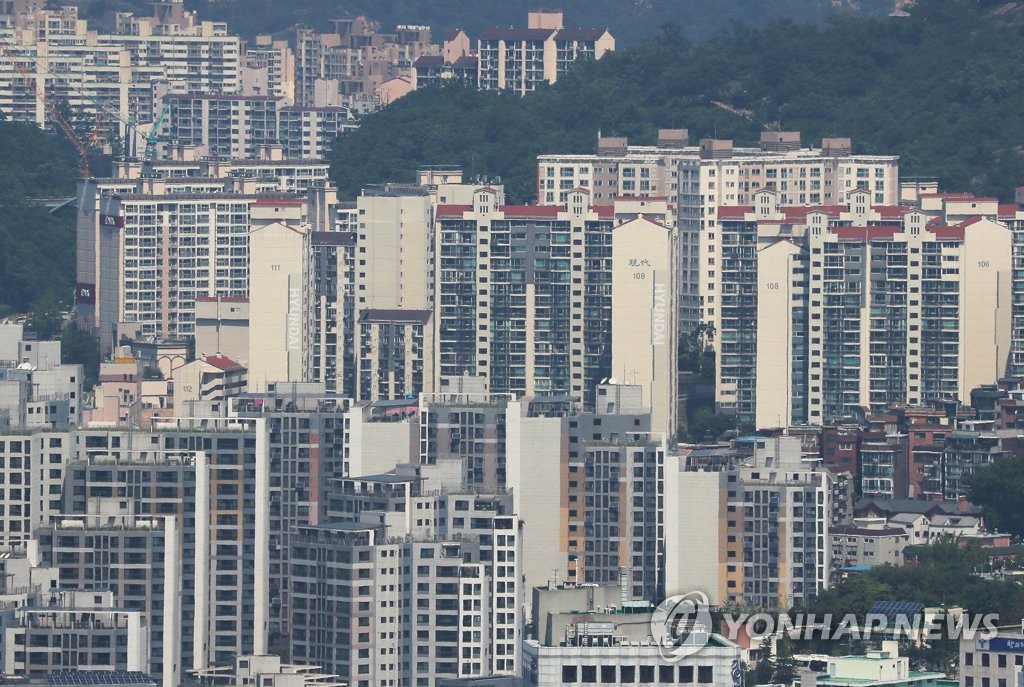 Apartment prices in greater Seoul grow over 1 pct for 5th month in May: data

Apartment prices in greater Seoul grow over 1 pct for 5th month in May: data