SEOUL, June 7 (Yonhap) -- Public opinion appears to be almost evenly divided over to whom the upcoming new round of COVID-19 relief payments should go, an opinion poll showed Monday.

According to the poll conducted on 500 voters nationwide Friday by Realmeter, 38 percent said the stimulus checks should be paid to all nationals.

Another 33.4 percent, however, responded the relief funds should selectively go to underprivileged people, the poll results showed. A total of 25.3 percent opposed the payment of emergency relief funds entirely.

More than half of the poll respondents who identified themselves as supporters of the ruling Democratic Party (DP) or progressives opted for stimulus checks for all. The support ratings for universal emergency handouts were 52.7 percent and 50.7 percent among DP supporters and progressive voters, respectively.

Meanwhile, a majority of 41.6 percent of those who support the conservative main opposition People Power Party were opposed to the new COVID-19 stimulus payments entirely. Of conservative voters, the objection rate was 36.7 percent.

The poll, commissioned by cable news channel YTN, has a 95 percent confidence level with a margin of error at plus or minus 4.4 percentage points.

The government is currently reviewing another extra budget to accelerate the COVID-19 vaccine rollout, support vulnerable groups and buoy the economic recovery. It will be the country's second extra budget this year. 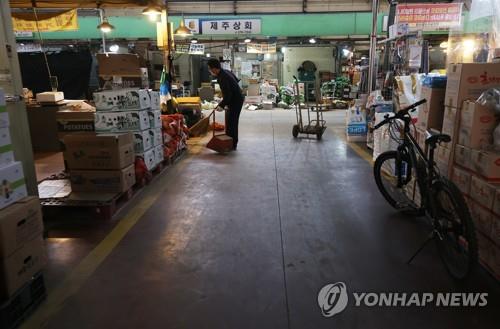 Public opinion divided over to whom new round of stimulus checks should go: poll

Public opinion divided over to whom new round of stimulus checks should go: poll