SEOUL, June 7 (Yonhap) -- The South Korean economy is on a modest recovery track as exports remain robust and a slump in private consumption has eased, a state-run think tank said Monday.

The country's exports and facility investment have expanded amid a global economic recovery, while sluggishness in consumption has eased, according to a monthly economic assessment report by the Korea Development Institute (KDI).

"The Korean economy is recovering at a modest pace as exports maintain a favorable trend and the sluggishness in consumption eases," the English-language report showed. 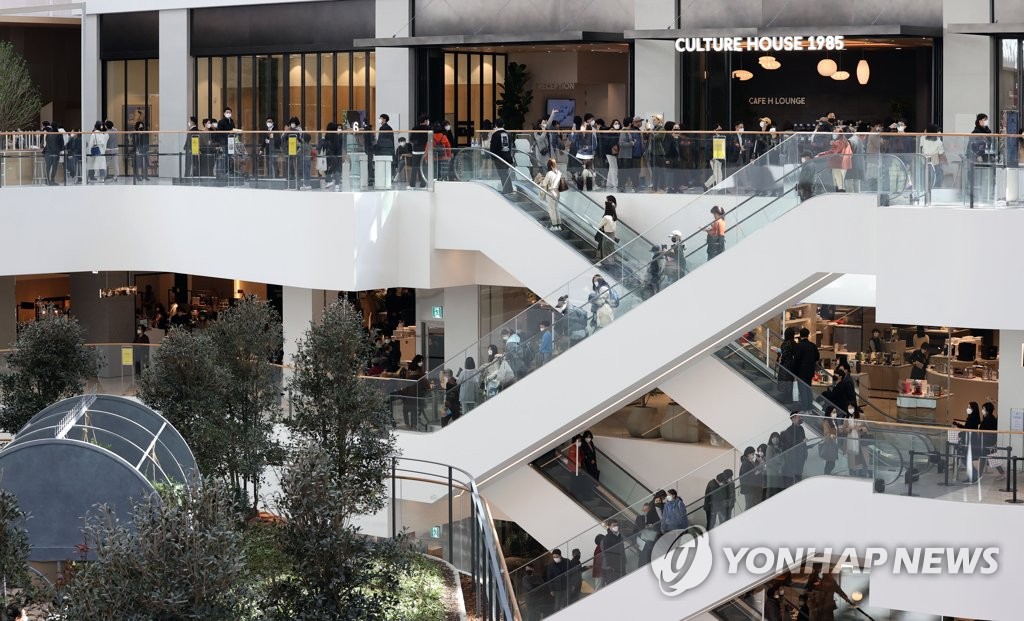 Exports, which account for half of the economy, jumped 45.6 percent on-year in May to extend their gains to the seventh month on strong demand for chips.

The country's industrial output declined the most in 11 months in April due largely to a higher base effect. Service output and retail sales extended their gains as warm weather and eased social distancing rules spurred consumer spending.

Retail sales, a measure of private spending, grew for the second consecutive month in April, led by an increase in sales of clothes, cosmetics and electronics goods.

South Korea's consumer sentiment rose to the highest level in almost three years in May amid an economic recovery, central bank data showed.

Despite improving data, the KDI said a supply disruption of automotive chips and raw materials could pose risks to the economic recovery.

The country's consumer inflation grew 2.6 percent on-year in May, the fastest gain in more than nine years, due to higher prices of farm and oil products.

The nation's inflationary pressure remained subdued last year amid the fallout of the COVID-19 pandemic, but price pressure is building up due to last year's low base and an accelerating economic recovery.