In its supreme council meeting, the DP named Rep. Min Hong-chul, chairman of the National Assembly's defense committee, to head the team aimed at fixing "the overall system in connection to the closed culture of the military and its inability to deal with sex crimes."

The announcement came as an investigation is under way into the suicide last month of an Air Force master sergeant after she allegedly suffered sexual harassment by her colleague. The bereaved family has said the victim's superiors attempted to cover up the sexual violence and the military failed to respond to the victim's calls for support.

DP chairman Song Young-gil stated that the party and the government plan to "root out problems of sexual misconduct within the military with the will and determination of a complete military restructuring."

Song also pledged to hold all of the involved individuals in the Air Force suicide case, including the perpetrator, conspirators in the alleged cover up and commanding officers, "severely responsible" regardless of ranks and positions.

On Sunday, President Moon Jae-in met with the bereaved families of the female Air Force officer and apologized for the military failing to protect her. On Friday, Air Force Chief of Staff Gen. Lee Seong-yong resigned to take responsibility for his organization's handling of the incident. 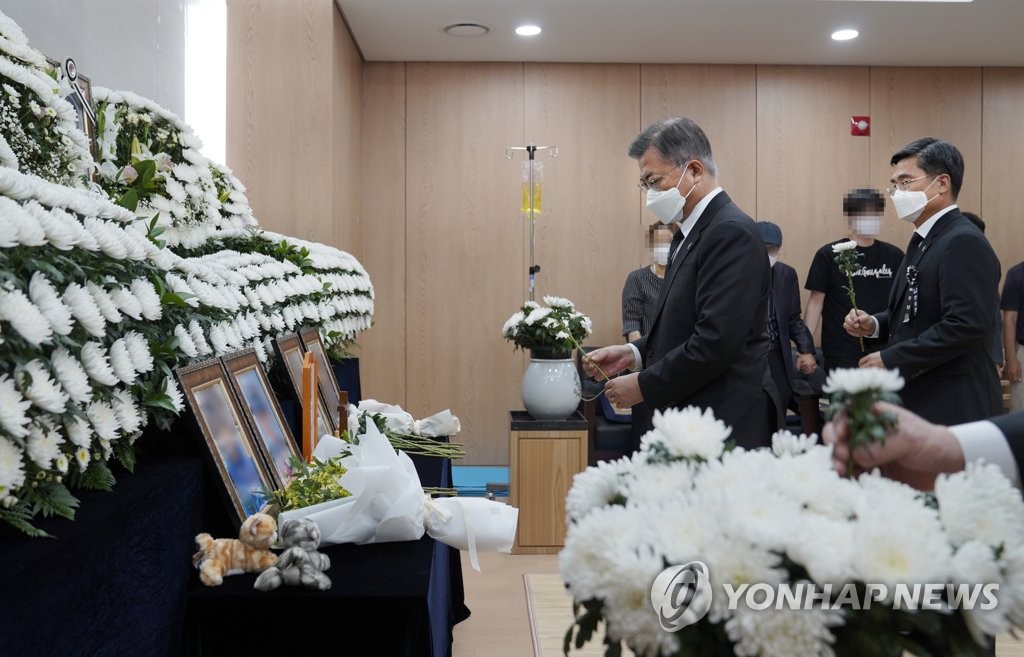