SEOUL, June 7 (Yonhap) -- President Moon Jae-in instructed the government Monday to establish a task force on overhauling military culture, Cheong Wa Dae said amid a public uproar over the suicide of a female Air Force official who was sexually assaulted by a male colleague.

It should not be business as usual, with the people infuriated over the incident, the president stressed, speaking during an internal meeting of his office earlier in the day, according to his spokesperson Park Kyung-mee.

He then urged the launch of the task force, joined by members from the private sector, to come up with "fundamental" measures to "comprehensively" change the barracks culture, in addition to the handling of the case itself, she added.

Moon also asked the National Assembly to pass a pending bill to revise the law on the military court. 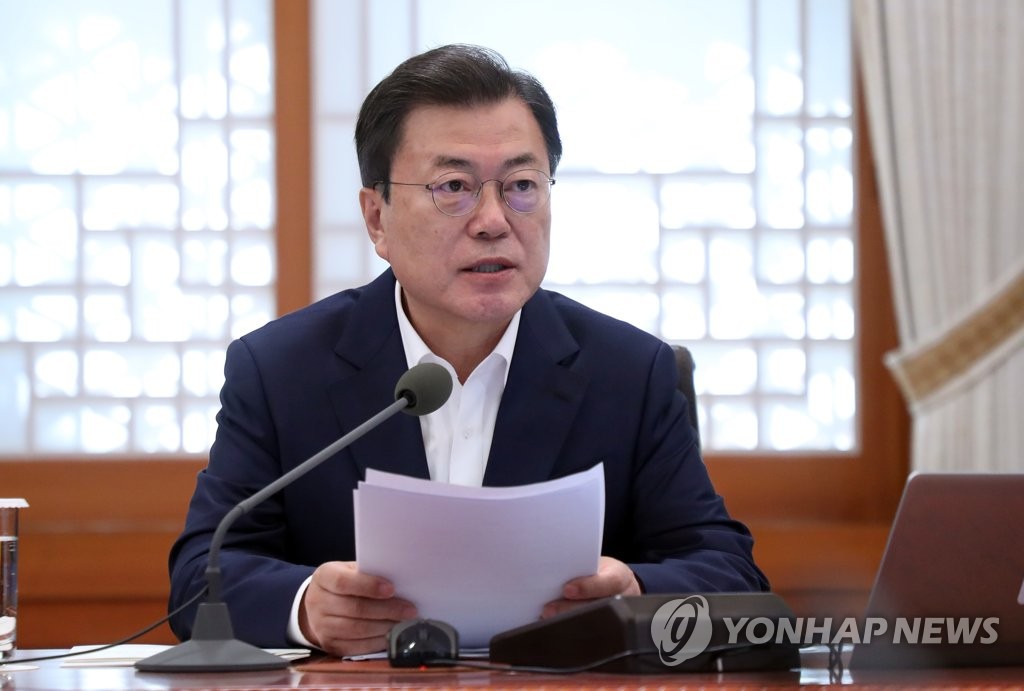 The president's message came as the military is under fire for the death of the master sergeant, identified only by her surname Lee.

She suffered unwanted touching from the colleague of the same rank in early March. About three months afterwards, she was found dead at her official residence.

She reportedly suffered sexual assault trauma, while the military authorities were allegedly negligent in dealing with the case. Some of the victim's seniors are accused of having attempted to cover it up.

On Sunday, Moon met with the family of the victim at the funeral home and apologized for "the state's failure to protect her."

Last week, he ordered a thorough probe into the sex crime and how the authorities have handled it. Air Force Chief of Staff Gen. Lee Seong-yong soon offered his resignation to take responsibility, which was immediately accepted by the president. 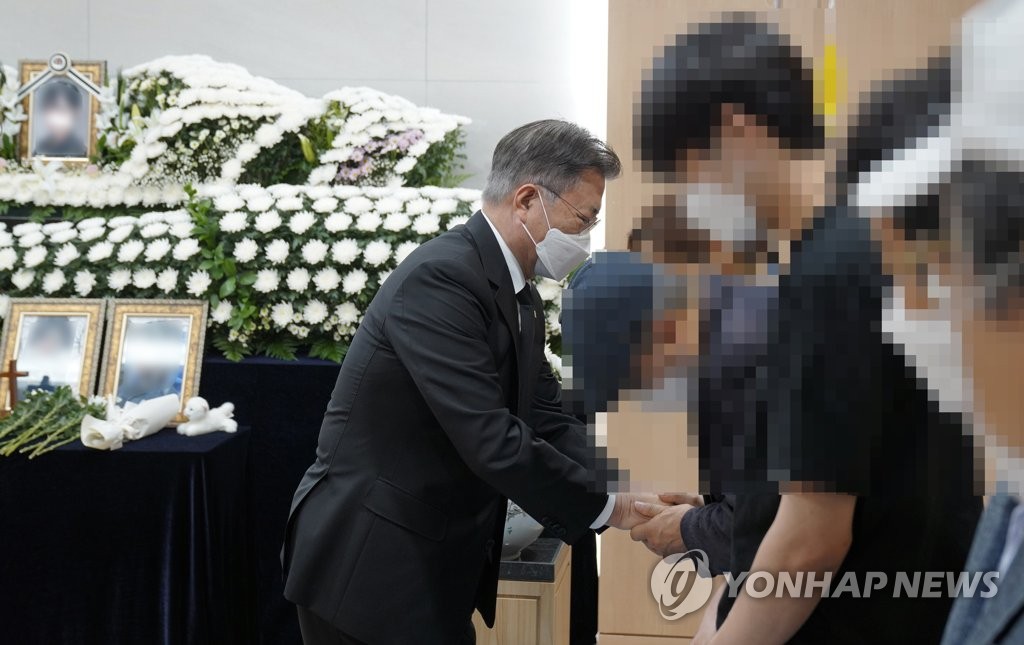