The number represents 70 percent of the nation's population.

Moon raised the possibility that more than 14 million people will be inoculated by the end of June, chairing a special interagency meeting on the coronavirus prevention and control at Cheong Wa Dae, the third of its kind.

If achieved, fatality rates and the number of additional infections would decline to relieve the burden of the virus control, he said. 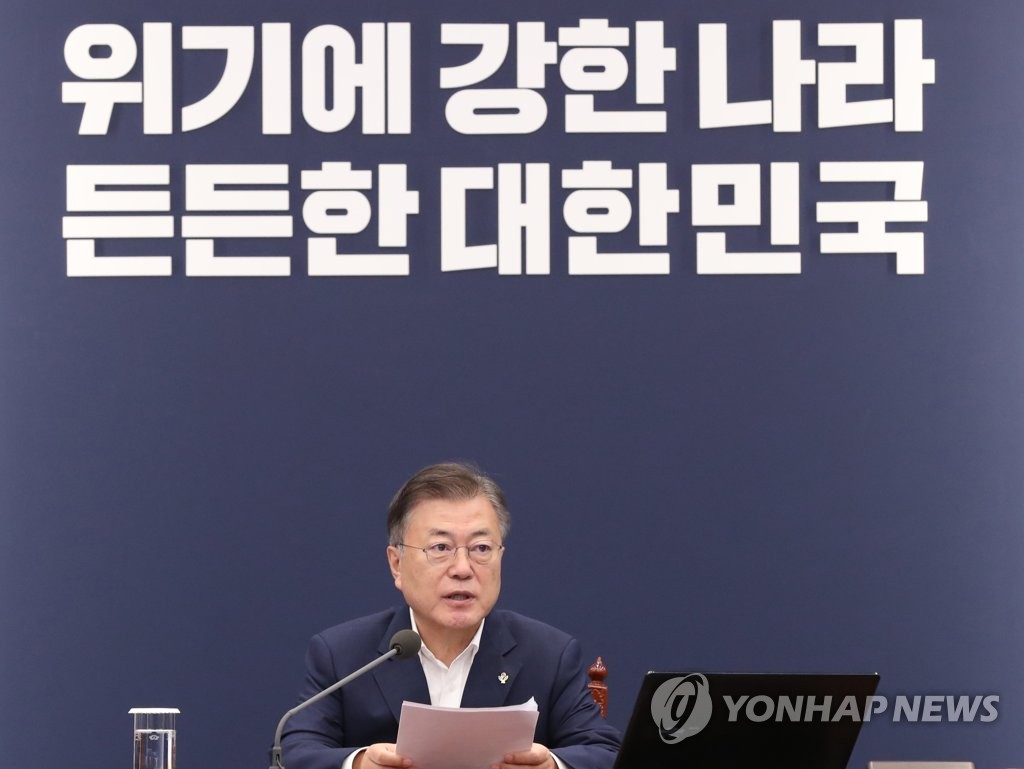 In July, the government plans to provide vaccine shots in order starting with those their 50s, the president said, adding the first dose of shots would be completed for 36 million people within the third quarter.

This means that the country may reach herd immunity earlier than the initial target of November.

South Korea can become an exemplary nation in vaccinations, just as it has been in controlling the spread of the virus, he said.

It is the government's goal to enable people to spend the upcoming summer vacation season "comfortably" and talk with their families "at least with masks off" during the Chuseok holidays in September, according to Moon.

He said the government will swiftly sign contracts for the introduction of vaccines to be used in 2022, with no end to the pandemic in sight and reports of variants ongoing.

In addition, South Korea will secure "vaccine sovereignty certainly" and speedily follow up on the recent summit deal with the United States on "global vaccine partnership," the president added.

He pledged to offer systemic and proactive support for South Korean firms' production of vaccines. The country aims to emerge as a global vaccine production hub.