SEOUL, June 7 (Yonhap) -- Schools in South Jeolla Province brought all students back to their classrooms on Monday for the first time since the pandemic began early last year, in an apparent sign that parts of the country, at least, are slowly going back to normal.

A total of 822 elementary, middle and high schools in the province eliminated online class options starting Monday for approximately 203,000 students.

The province became the first education system to fully reopen face-to-face learning, as the Ministry of Education is gearing up for the full reopening of all schools nationwide come September when the fall semester begins.

During last week's briefing announcing the measure, Jang Suk-woong, superintendent of the region's education office, said, "We still need to remain vigilant against the virus's spread, but we made this decision because we became confident that we can control the situation while running the normal academic schedule." 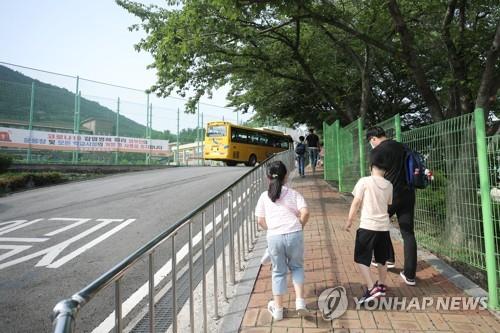 Already, 725 schools, or 88.2 percent of the total in the region, had run in-person classes full time, as most of the schools were small-sized. The attendance cap had been set at two-thirds of the total student body at the remaining 97 schools.

The province has had one of the lowest infection rates in the country, with 0.064 cases out of every 100,000 people. Since the start of March, only 61 students, teachers and school officials have been infected with the coronavirus, which translated into 0.02 percent of the total of 240,000 people, and only three have contracted the virus at schools, according to the province's education office.

Also the vaccination rate is the highest in the country, with more than 22 percent of its 1.85 million people having received at least one vaccine shot. Nationwide, the figure is 14.8 percent.

According to a recent poll conducted on the parents of students attending Namsan Elementary School in Suncheon, a city in the province, more than 90 percent of the respondents agreed with full school reopening.

"School is not only about learning. It is also a place where students socially engage with others and learn from the experience," an official from the school said. "It is impossible to get that experience during online classes." 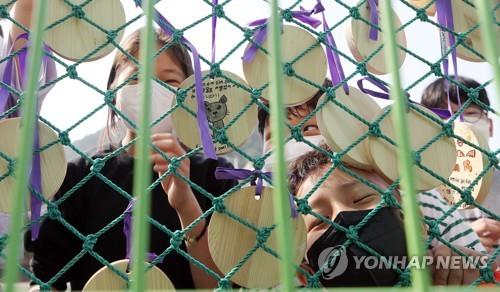 Last week, the Ministry of Education announced it will expand in-person instruction, starting with middle school students in the greater Seoul area by easing rules on the attendance cap.

Currently, the capital area, which includes Seoul, Incheon and Gyeonggi Province, is under Level 2 social distancing that requires schools to implement an attendance cap at one-third of the student body. The attendance rate of middle schools is 48.3 percent, far lower than 67.7 percent of elementary schools and 67.2 percent of high schools.

Staring June 14, the cap will be relaxed to two-thirds in order to bring more students into classrooms. Vocational schools will be exempt from the attendance cap requirements up until Level 2 to allow students more on-site training.

"Given the virus conditions that are relatively better than those of other major countries, we will push the expansion of in-person learning more aggressively, with an aim to fully reopen schools in the second half," the ministry said.

Fully reopening schools is in line with a global trend amid easing virus transmissions and vaccination efforts and is a vital step to return to normal, it said. The ministry plans to announce a phased reopening plan for the second half within this month.