According to the sources, the Seoul Central District Prosecutors Office indicted Yang on May 28 on charges of having threatened and coerced an informant who testified to police about drug suspicions surrounding B.I, the former songwriting leader of YG's boy band iKON, in August 2016.

At the time, the whistleblower arrested for drug use disclosed B.I's suspected drug purchase to police. Yang is accused of intimidating the informant to thwart police investigation into the former iKON member.

The singer, whose legal name is Kim Han-bin, was also recently indicted on charges of purchasing illegal drugs, including marijuana and LSD pills, through an acquaintance from April to May in 2016 and using some of them.

Yang is also suspected of conspiring with another entertainment agency to send the informant abroad in 2016, but the investigation into the matter has been suspended as the agency's head is currently on the run overseas.

Yang was sentenced to a fine of 15 million won (US$13,500) last November on charges of gambling at casinos in Las Vegas between 2015 and 2019. Yang stepped down as the CEO and the chief producer of YG Entertainment in June 2019 over drug allegations against B.I. 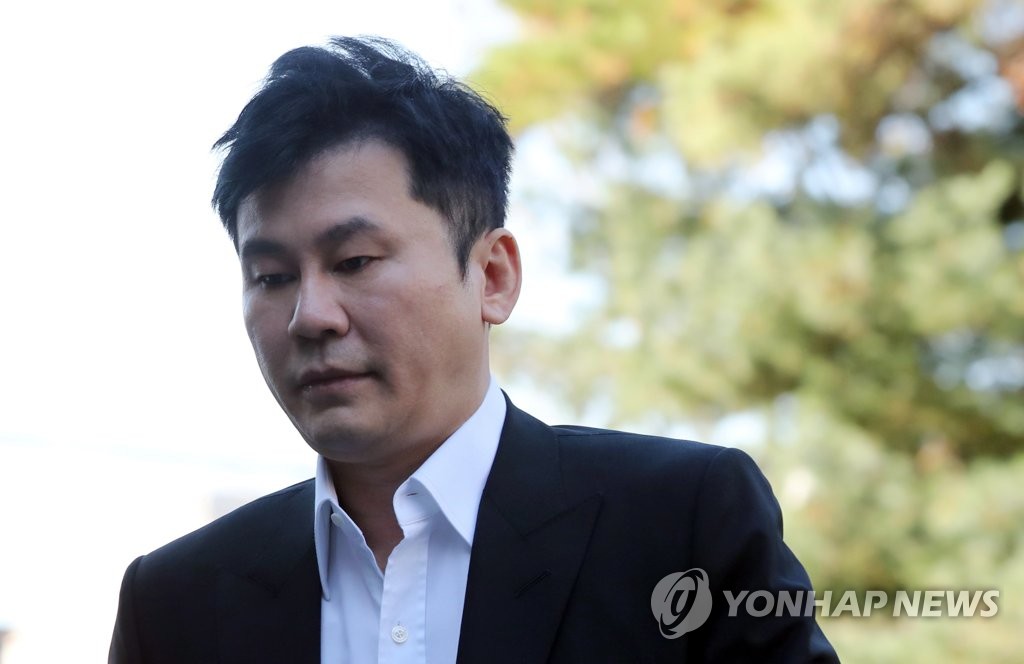