Tuesday's figure was down from 485 cases Monday. But daily cases usually go up starting Wednesday as more people get tested.

Daily caseloads have been going through some ups and downs between the 400s and 700s in recent months with no significant signs of a letup as cluster infections continue to pop up across the nation.

The country added one more death, raising the death toll to 1,975. The fatality rate was 1.36 percent. 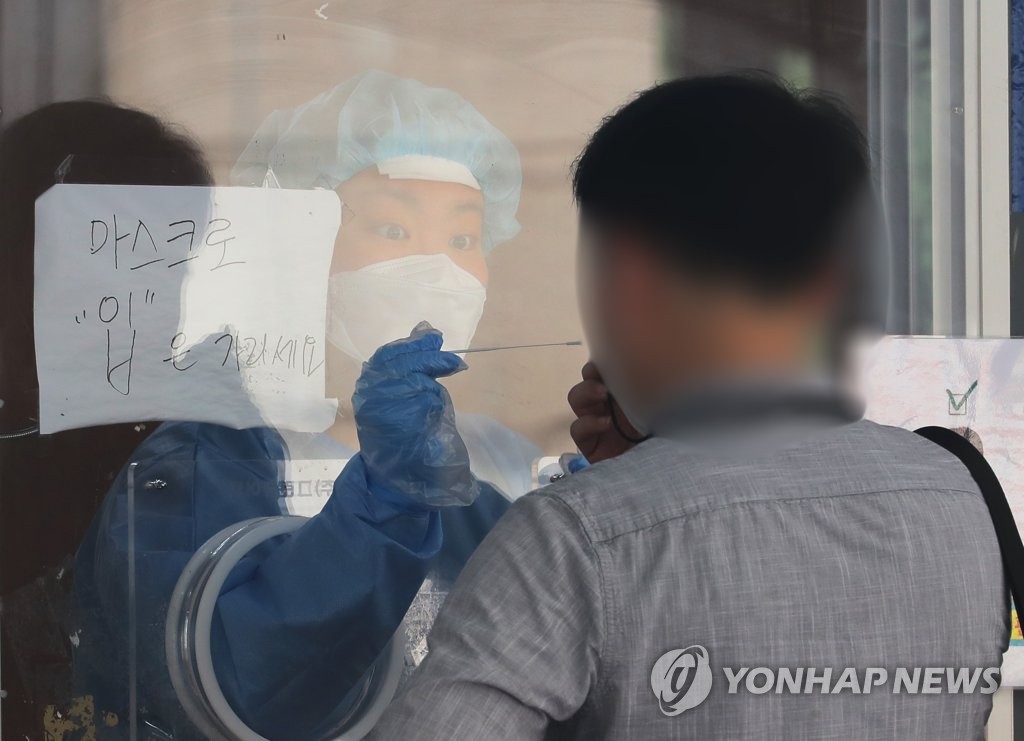 Later in the day, health authorities and local governments reported 490 new cases as of 6 p.m., up 126 from the same time the previous day.

A total of 8.45 million people have received their first shots of COVID-19 vaccines, accounting for 16.5 percent of the country's population, since the country started its vaccination program on Feb. 26.

AstraZeneca's vaccine has been given to 5.7 million people, while 2.75 million have received that of Pfizer.

The KDCA said 2.29 million people, or 4.5 percent of the population, have been fully vaccinated with their second jabs.

More than 875,000 people were administered with COVID-19 vaccines Monday, a record for daily vaccinations.

Health authorities aim to inoculate 14 million people by the end of this month with an increased vaccine supply and 36 million by September. The country is seeking to achieve herd immunity in November but hopes it can be reached earlier than expected with the increased pace of inoculations.

From Monday, the country started to inoculate people aged 60-64 with the AstraZeneca vaccine, while military soldiers under age 30 received the Pfizer vaccine.

The country will begin administering Johnson & Johnson's Janssen vaccine supplied by the U.S. government starting Thursday. It will be given to reserve forces, civil defense members and others in charge of defense and foreign affairs.

Health authorities said inoculations with the Moderna vaccine could start next week.

In July, South Korea plans to vaccinate teachers at schools and kindergartens as well as senior high school students and people in their 50s.

The government is looking to offer more incentives to vaccinated people to boost its inoculation campaign, such as giving exemptions from the private gathering ban and outdoor mask wearing.

It also plans to distribute vaccination badges and stickers to encourage inoculations. 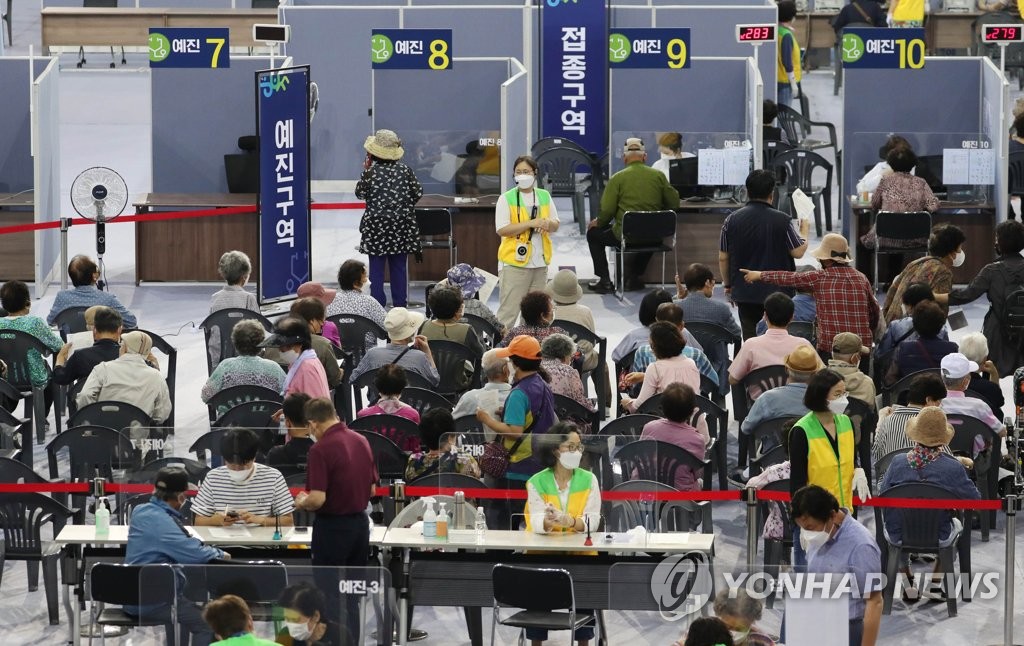 Of the 435 newly locally transmitted cases, 139 came from Seoul, 125 from Gyeonggi Province and 11 from Incheon, 40 kilometers west of the capital.

The southeastern city of Daegu, once the country's virus hotspot, reported 33 more cases.

Health authorities will decide Friday whether to extend the current distancing guidelines that will be applied for the next three weeks. Currently, the greater Seoul area is under the Level 2 distancing in the five-level scheme, while the rest of the country is under Level 1.5.

The government earlier said it will focus on containing the spread of the virus in the upcoming vacation season, recommending a staggered leave system for companies to curb congestion while enforcing enhanced social distancing rules for popular vacation spots.

There were 19 additional imported cases, down 12 from a day earlier, raising the total to 9,200.

Of the new imported cases, six were from the United States followed by India and Indonesia with three each.

Since October, the country has identified 1,738 cases of major COVID-19 variants, with 175 reported in the past week.

Of the newly confirmed variant cases, the British variant accounted for 154, followed by the Indian variant with 17 and the South African variant with four.

The KDCA data showed the number of seriously or critically ill COVID-19 patients was 149, down three from the previous day.

The total number of people released from quarantine after making full recoveries was 135,412, up 551 from a day earlier, with 7,704 people being isolated for COVID-19 treatment, down 98 from a day ago.

Virus testing in South Korea has topped 10 million, with an additional 36,287 conducted in the previous day, since the country started to test the novel coronavirus on Jan. 3, 2020.