"Crazy World VR," playable on Oculus' Quest 1 and 2 devices, features a range of sports games from archery and tennis to bowling in VR and allows users to compete with other players around the world in real time.

The mobile carrier said it tested the game for users around the world in the past year and expects the game to boost the VR gaming industry's multiplayer features.

The move comes as SK Telecom has recently stepped up efforts in VR development.

The company operates the Jump VR platform, a virtual social networking service, which targets 10 million users by the end of this year.

The carrier said it plans to launch another VR game in the second half of this year, co-developed with Kakao VX Corp., a sports-focused technology unit under major mobile messenger operator Kakao Corp. 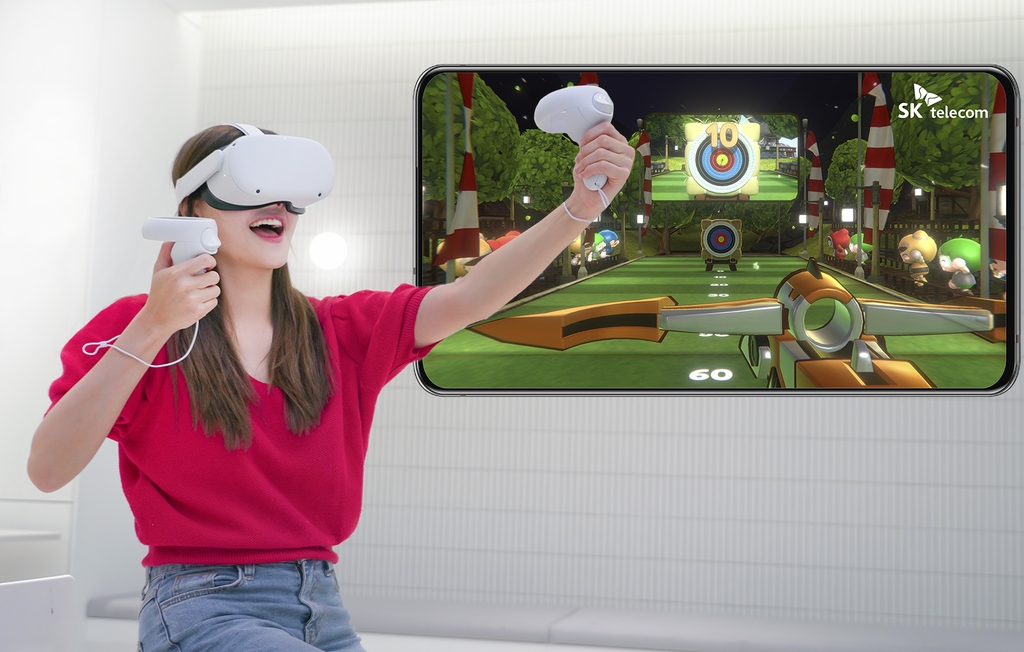