SEOUL, June 8 (Yonhap) -- All-male K-pop act 2PM will release a new album this month, coming back from a near five-year hiatus after its members completed their military service, the group's management agency said Tuesday.

The six-member group's seventh full album, titled "Must," will drop on June 28, JYP Entertainment announced on its official social media accounts. Its most recent album was its sixth studio album, "Gentlemen's Game," released in September 2016.

With the exception of Thai-American member Nichkhun, the group's members -- who are all above 30 years old -- have taken breaks to fulfill mandatory military service.

All able-bodied South Korean men between the ages of 18 and 28 are required to carry out compulsory military service for about 18 months in a country that faces North Korea across a heavily fortified border.

The group began to prepare its upcoming album after Junho, one of the youngest members and the last to enlist in the military, was officially discharged in March. 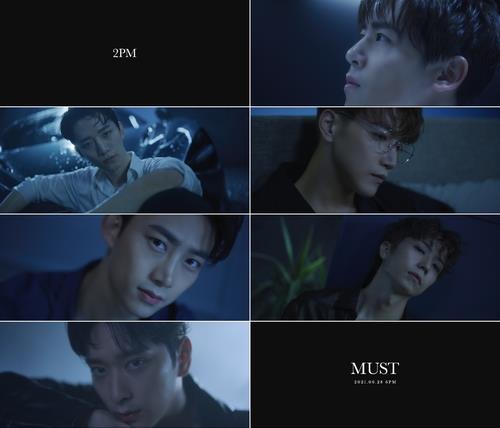 Despite its yearslong break, the group has recently garnered popularity once again as "My House," the main track of its 2015 album, went viral on YouTube.

The members have worked hard to present high-quality music to fans who have long waited for the group's return, the agency said.

Since debuting in 2008, 2PM has released a number of hit songs, including "Heartbeat," "Again and Again," "I Hate You" and "Hands Up."