SEOUL, June 8 (Yonhap) -- Samsung Display Co., a major display panel maker in South Korea, is on track to produce its next-generation displays in the second half of the year, industry insiders said Tuesday.

Samsung Display is set to release pilot products of the quantum-dot (QD) display for TVs and monitors this month and send them to its clients for further testing, according to the sources.

The affiliate of Samsung Electronics Co. earlier revealed that it aims to launch its QD displays in the second half of the year as scheduled. 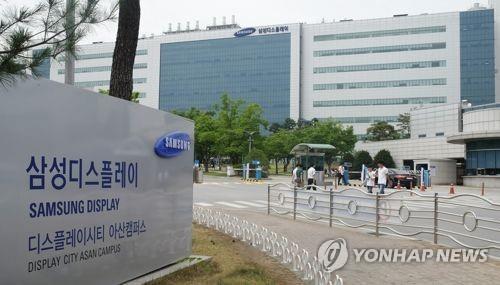 The Q1 facility reportedly went through trial runs in phases earlier this year. It is expected to roll out 30,000 sheets of 8.5th-generation (Gen 8.5) mother glass per month to produce TV panels ranging from 55 inches to 82 inches.

The company hopes QD displays can beef up its profitability in the large display panel sector following its decision to leave the LCD business.

The global flat panel display market, meanwhile, grew to a record $34.8 billion in the first quarter, thanks to robust demand of large-area LCD panels, it said.

Samsung Display on track to roll out QD displays in H2

Samsung Display on track to roll out QD displays in H2