SEOUL, June 8 (Yonhap) -- Unionized workers at SsangYong Motor Co. have voted to accept a proposal for unpaid leave and a wage cut as the financially troubled company is struggling to stay afloat with self-help measures, the company said Tuesday.

In a vote held on Monday and Tuesday, SsangYong workers agreed to the company's offers of a two-year unpaid leave to half of it 4,700 employees, an extension of lower wages and suspended welfare benefits until June 2023, the company said in a statement.

SsangYong also offered an additional 20 percent pay cut to executives whose wages have already been reduced by 20 percent.

The company said it will submit the unpaid leave plan to the Seoul Bankruptcy Court as it has been in the court-led debt rescheduling process since April 15.

It came under court receivership as its Indian parent Mahindra & Mahindra Ltd. failed to attract an investor amid the prolonged pandemic and worsening financial status.

On Monday, the court approved the company's selection of a consortium led by the Ernst & Young accounting firm as the lead manager to handle the process of selling the SUV-focused carmaker.

SsangYong filed for court receivership late last year after failing to obtain approval for the rollover of 165 billion won (US$147 million) worth of loans from creditors.

It is the second time for SsangYong to be under court receivership after undergoing the same process a decade ago. 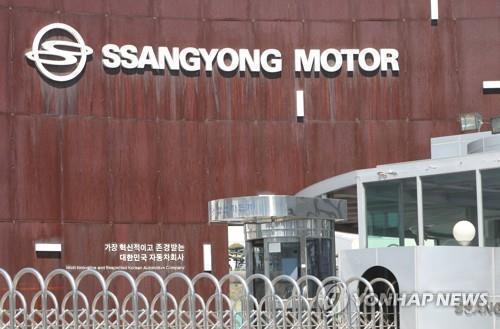