The decision was made during a meeting convened by Prosecutor General Kim Oh-soo the previous day with senior prosecutors to discuss the ministry's reform plan, the SPO said.

The office said in a statement that it "is not acceptable" that the ministry tries to curb direct investigations by prosecutors and requires them to get prior approval in order to investigate.

The plan, if realized, will inevitably lead to "a vacuum" that will impede a swift investigation into cases directly related to people's livelihoods, it said, adding that the rule should be relaxed to some extent.

Also, demanding district prosecutors offices obtain permission from the justice minister in advance for launching investigations could "seriously undermine political neutrality and independence of the prosecution, it said.

The ministry's plan is part of the prosecution reform drive by the Moon Jae-in government that has focused on curbing prosecutors' outsize power and diffusing it among other agencies -- the police and a new agency tasked with going after crooked government officials.

"Reorganization of the prosecution service should be done in line with the upper laws, including the Prosecutors' Office Act, and not weaken the government's capability to tackle crimes," it said.

On the argument that the plan could harm the prosecution's political neutrality, the minister did not give a direct answer, saying, "They could make that claim."

When asked whether he would meet the top prosecutor for further discussion on the issue, he simply said, "Let's see." 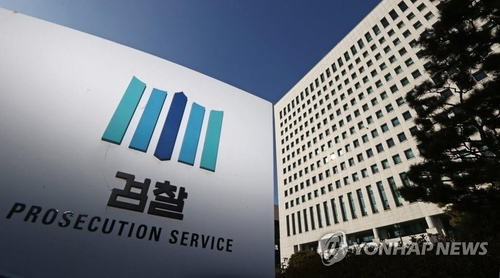