The operators belonging to the Korean Construction Workers' Union (KCWU) went on strike, accusing the government of failing to take sufficient measures to protect citizens and construction workers despite a recent spate of accidents involving tower cranes. 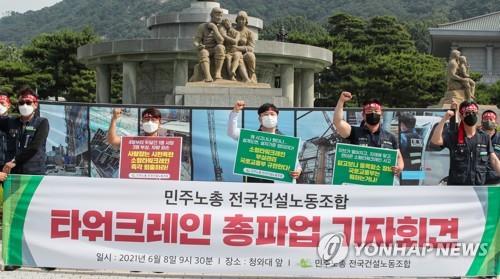 The KCWU, affiliated with the militant Korean Confederation of Trade Unions, said that the Ministry of Land, Infrastructure and Transport canceled registrations or ordered recalls for 369 small tower cranes of 12 types for violating safety standards, but they are still being used at construction sites.

"The general strike was called to protect the safety of citizens and the lives of construction workers," the KCWU said in a news conference held in front of the presidential office Cheong Wa Dae.

The union expects that about 90 percent of construction projects at home may be affected by its general strike, noting there are about 3,000 to 4,000 tower cranes at construction sites across the country.

The union said it had held negotiations with individual companies over safety measures and wage increases but failed to reach an agreement. It said 83.1 percent of its members endorsed the general strike in a vote held Monday.

In February, the land ministry canceled registrations of 120 tower cranes of three types for their violation of safety standards and ordered a recall for 249 tower cranes of nine types.

Despite such measures, however, there have been at least eight small tower crane accidents nationwide in a period of two months since April 24, the union insisted, adding five problematic tower cranes -- three with canceled registrations and two under recall orders -- were involved in the accidents. The accidents killed one worker and injured three others, it said. 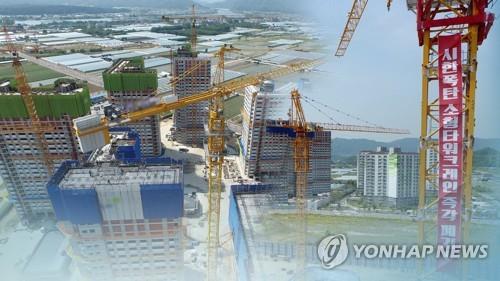