SEOUL, June 8 (Yonhap) -- The chief of a minor opposition party was fined 800,000 won (US$720) Tuesday for lying about fabricating an internship document for a former justice minister's son.

The Seoul Central District Court convicted Rep. Choe Kang-wook of the Open Democratic Party for violating the Public Official Election Act, saying he could have hindered voters from making a fair and reasonable decision during the general elections last year by spreading false information on a matter that had attracted huge public attention.

Despite the conviction, Choe retained his position as lawmaker. Under the law, elected officials are removed from office when fined 1 million won or more for breaching the election law. 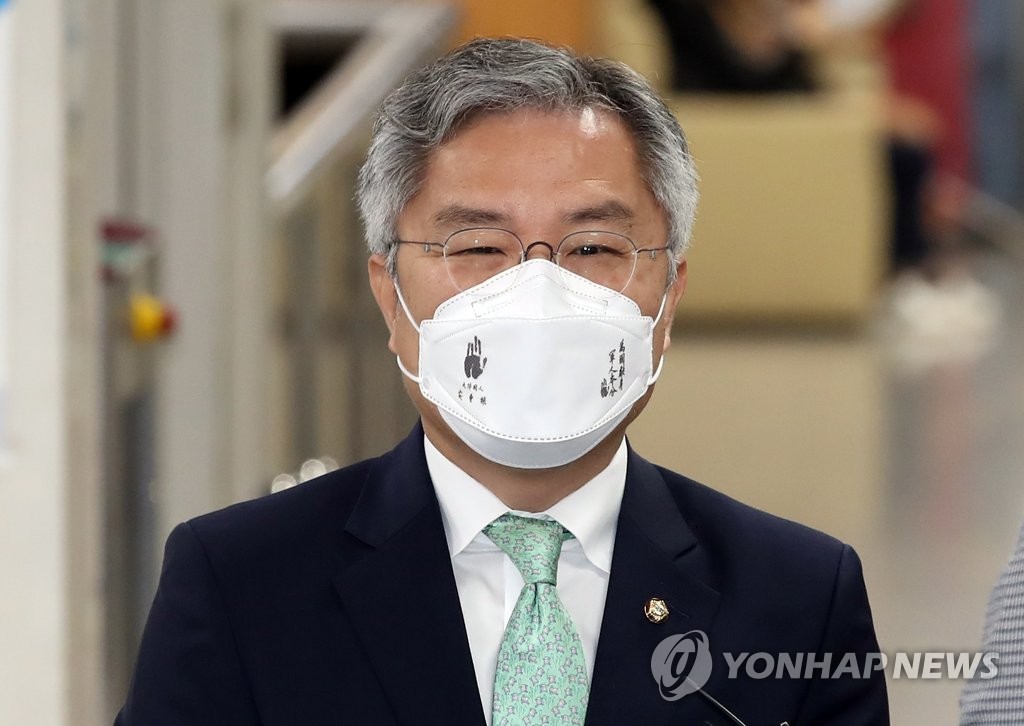 In October, prosecutors indicted him on charges of spreading false information by denying the allegation that he forged an internship certificate for the son of former Justice Minister Cho Kuk in 2017, during his campaign for the April 15, 2020, elections. He won a parliamentary seat through proportional representation in the elections.

Appearing on an online podcast during the campaign, the lawmaker said Cho's son worked as an intern at his law firm, according to court records. At the time, he was undergoing a separate trial on the charge of issuing a false internship certificate to Cho's son. In January, the court found him guilty based on testimonies from employees at the firm that they had not seen Cho's son working as an intern.

Choe was sentenced to eight months in prison, suspended for two years for falsifying documents. He has appealed the ruling.

Choe has accused the prosecution of playing politics and denied all allegations against him.