The decision came one day after the Anti-Corruption and Civil Rights Commission announced after a monthslong probe that 12 DP lawmakers are suspected of involvement in illegal real estate dealings by themselves or their families.

"Having pledged to sternly respond to this issue during the previous party convention, our party decided in a meeting of the supreme council to recommend all the 12 (lawmakers) leave the party voluntarily," DP spokesman Rep. Koh Yong-jin said.

The DP commissioned the outside probe by the state anti-corruption body in March in the wake of a far-reaching public sector land speculation scandal that erupted earlier in the same month.

The speculation scandal centered on the state land developer, the Korea Land & Housing Corp. (LH), has been pointed to as a major reason for the party's debilitating defeat in the Seoul and Busan mayoral by-elections in April, along with the government's failure to curb runaway housing prices. 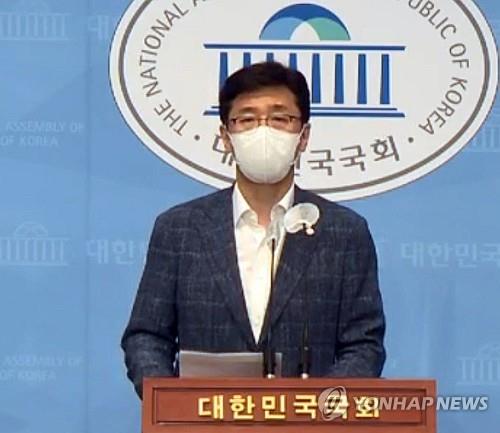 According to the party, the 12 accused lawmakers include former floor leader and four-term legislator Woo Sang-ho and two others on proportional representation seats -- Rep. Youn Mee-hyang and Yang Yi Won-young.

Five of them, including Woo and Yang, are suspected of violating the Farmland Act that allows only those who till the land to own farmland. Four others, including Youn, allegedly abused land trusts while the three others are suspected of tapping into insider information for land dealings.

The party said, however, it plans to reinstate the party membership of the lawmakers if their land speculation allegations are cleared.

As with Youn and Yang, the DP will opt to expel them from the party instead of seeking their voluntary departure, which will automatically eliminate their legislatorship.

Separately, Youn is standing trial on charges of misappropriating donation money she raised while leading an advocacy group for women sexually enslaved by the imperial Japanese military during World War II, before she won a parliamentary seat.

"It may be an excessive preemptive action by the not-guilty-until-proven standard, but (the DP) expects the lawmakers to lay down their status as ruling party legislators to impartially undergo investigations as independents ... so that they can clear away public distrust," the party spokesman said.

Currently, a separate police-led special government investigation team in charge of the broader LH scandal, is looking into land speculation allegations involving the 12 DP lawmakers after the anti-corruption agency relayed its findings to the investigative body on Monday. 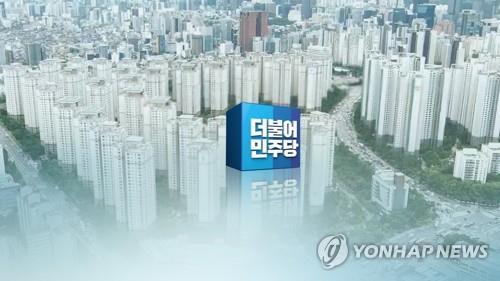 The main opposition People Power Party (PPP), meanwhile, said earlier in the day it will soon launch an outside probe into real estate dealings of all of its own lawmakers as well.

The biggest conservative party has been under pressure from the DP, which, following the launch of the outside probe in March, pressed the PPP to follow suit.

Rep. Kang Min-kuk, a PPP spokesman, said his party has secured consent from all its 102 sitting lawmakers and will soon request a formal inspection by the state auditor, the Board of Audit and Inspection of Korea.

"(PPP) will guarantee fairness of the probe by commissioning the (politically) independent state auditor to carry it out," Kang said in a press release.

He said the party will launch the probe "as soon as possible," demanding the ruling party undergo a probe by the audit agency as well.