The country's maximum power demand averaged 63,388 megawatts (MW) last month, up 7.3 percent from a year earlier, according to the data from the Electric Power Statistics Information System.

The May tally was down a mere 0.5 percentage point from May 2019, meaning power demand in Asia's fourth-largest economy has almost recovered to pre-pandemic levels.

May also represents the seventh consecutive month of an on-year increase.

The solid gain in May comes as South Korea's economic recovery has shown signs of gaining pace, helped by a strong rebound in exports.

Exports, which account for about half of the nation's gross domestic production, soared 45.6 percent on-year in May due to strong demand for chips amid the global economic recovery, following a 41.1 percent jump in April.

Industry watchers predicted South Korea's electricity demand to grow further in the second half of the year as the country's economic growth is likely to gather more ground. 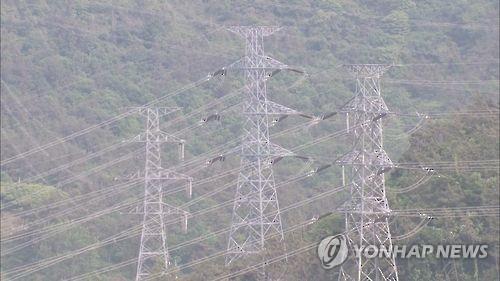 S. Korea's power demand up 7.3 pct in May on economic recovery

S. Korea's power demand up 7.3 pct in May on economic recovery