It is the first public apology the defense chief has issued after the late Air Force master sergeant took her own life on May 22, around three months after she was groped and suffered other abuse by a colleague of the same rank.

The case sparked public outrage and criticism, as the military, despite her appeal, failed to take proper measures to protect her and instead tried to persuade her to reach a settlement with the suspect in a suspected attempt to cover up the case.

"I am very sorry for causing deep concerns to the bereaved family and the people over the recent death of the sexual abuse victim. As defense minister, I feel heavy responsibility," Suh said during a parliamentary session.

"The ministry will thoroughly investigate every detail, including suspicions of appeasement and concealment," Suh said. "We will also review the sex crime handling system to come up with fundamental reform measures." 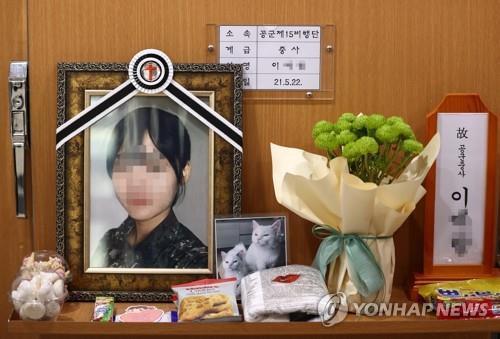 President Moon Jae-in on Sunday offered a public apology over "the tragic and unjust death" by "such an evil practice in the barracks culture," and ordered the government to establish a task force on overhauling military culture.

The task force will be co-headed by the defense minister and a non-military figure, and involve not only military commanders and government officials but active-duty enlisted soldiers and legal experts as well.

It will be launched soon and be in operation by the end of this year, ministry officials said.

During the session, lawmakers lashed out at the military for its poor responses to the case. Rep. Sung Il-jong of the main opposition People Power Party (PPP) said the victim was "killed by state power," and others implied that Suh should step down.

"I don't think I am free of accountability. I work with determination to shoulder due responsibility," Suh said, adding that he will focus on taking good care of follow-up measures and his fate will be up to the president.

Amid simmering criticism that the Air Force mishandled the case, the case was referred to the defense ministry this month and an extensive probe is under way. Air Force Chief of Staff Gen. Lee Seong-yong offered to resign last week and has also been under audit.

Air Force prosecutors had not summoned the suspect until the death of the victim, and they did not secure his cellphone until late last month, though the suspect denied part of the allegations. It was only last week that the man was detained.

The Air Force has also been accused of attempting to downplay her death, as it characterized the case as a "simple death" without mentioning the sexual harassment case while reporting the matter to the defense ministry. 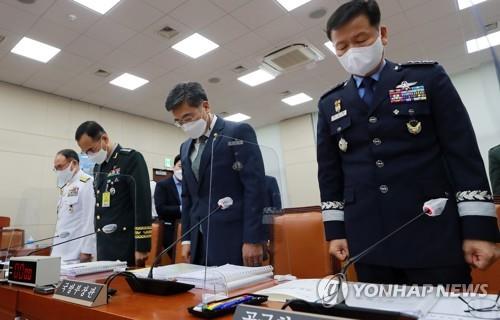