Under the cooperation with the Korea Atomic Energy Research Institute (KAERI), Samsung Heavy plans to develop molten salt reactors, a kind of small module reactor using molten fluoride salts as the primary coolant, at low pressure, which have been emerging as a carbon-zero nuclear energy source.

Samsung Heavy will tap into the market of floating nuclear power generation plants and nuclear power-propelled ships on the basis of molten salt reactors, the company said.

Samsung Heavy Industries will push ahead with the project to foster one of its future growth engines, including technologies related with ammonia and hydrogen, the company said. 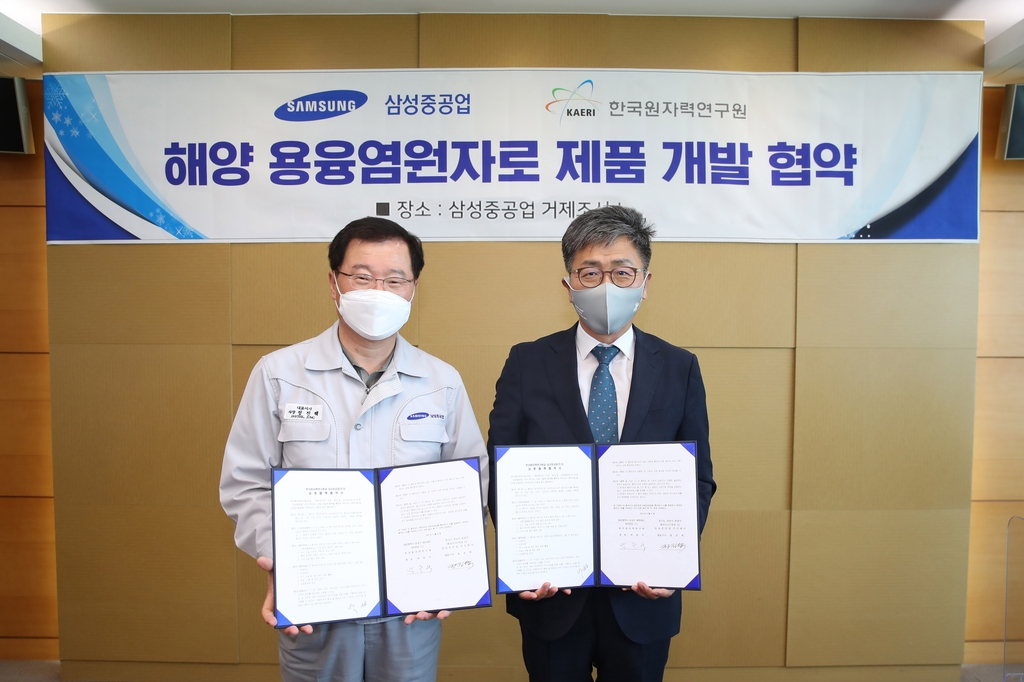