SEOUL, June 10 (Yonhap) -- South Korea and the United States have established a senior-level expert group to follow up on their summit deal on their "vaccine partnership," Cheong Wa Dae said Thursday.

The inaugural session of the task force was held via video link the previous night with government officials of the two sides in attendance, it said in a press release.

They included a dozen representatives from the White House, the Department of Health and Human Services, and the U.S. International Development Finance Corp. (DFC), as well as 13 South Korean officials from Cheong Wa Dae and other government offices. Among the participating White House officials were ranking members of the National Security Council.

They also had consultations on plans for the future activities of the expert group, as they agreed to hold such a joint meeting on a regular basis, it added. 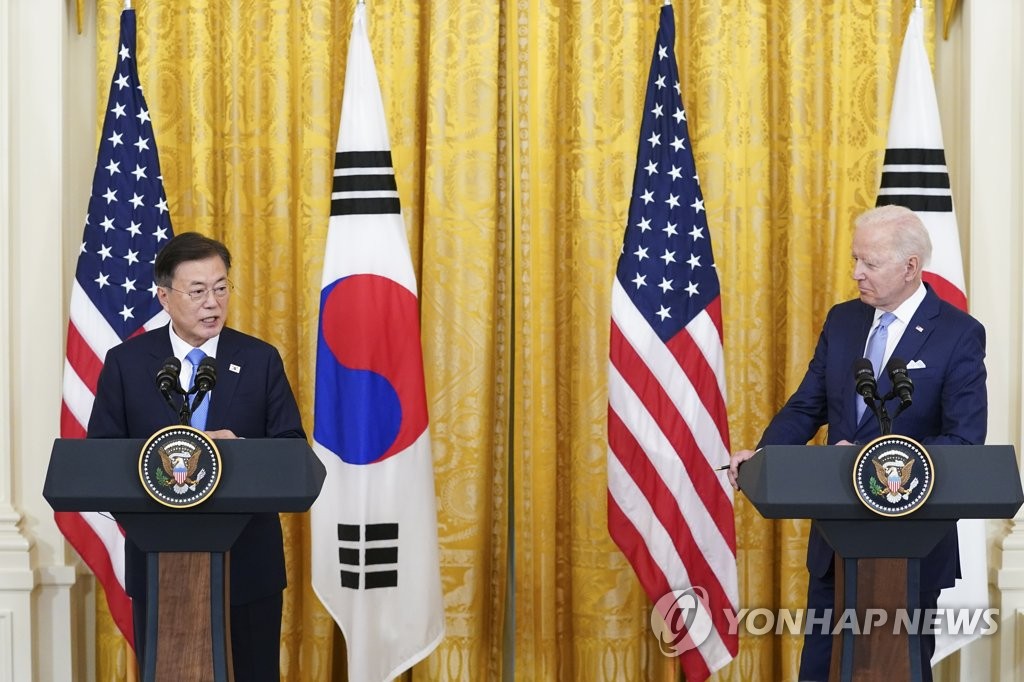 It is intended to "strengthen joint response capabilities for infectious disease through international vaccine cooperation, including focus areas on global expansion of production and related materials, as well as scientific and technological cooperation," according to their joint statement.

They described South Korea and the U.S. as "critical allies in the COVID-19 pandemic."