Yoo died of cancer on Monday at age 49. The former midfielder was instrumental in South Korea's stunning march to the semifinals at the 2002 FIFA World Cup, and was named to the All-Star Team after the tournament. He appeared in 128 international matches. 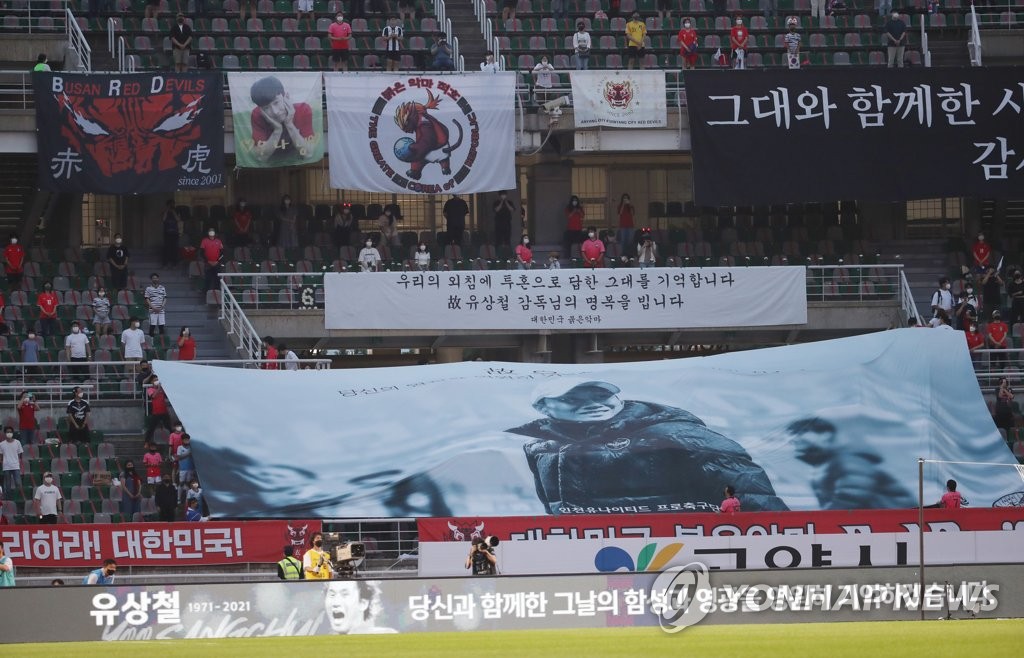 Before South Korea's kickoff against Sri Lanka in the second round of the Asian qualifying for the 2022 World Cup at Goyang Stadium in Goyang, Gyeonggi Province, a tribute video was played on the main scoreboard. Players on both teams and fans in the stands observed a moment of silence.

In a nod to Yoo's national team number, six, fans were asked to refrain from cheering for the first six minutes of the match. 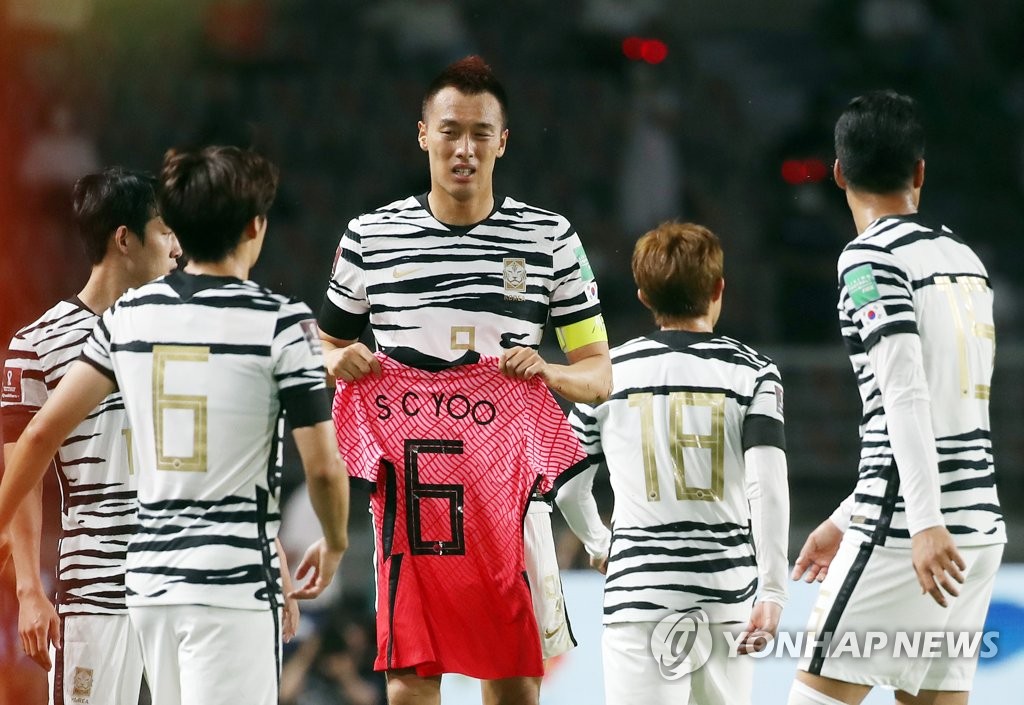 In one corner of the stadium, fans hung banners with messages in tribute to the late great.

After opening the scoring for South Korea in the 14th minute, forward Kim Shin-wook and the rest of the starters gathered in the midfield and held up a national team jersey bearing Yoo's name and his signature No. 6 on the back.

"We wanted to dedicate this match to Yoo Sang-chul and help send him to a good place," Bento said. "It was important for our players to battle hard and play like professionals until the very end." 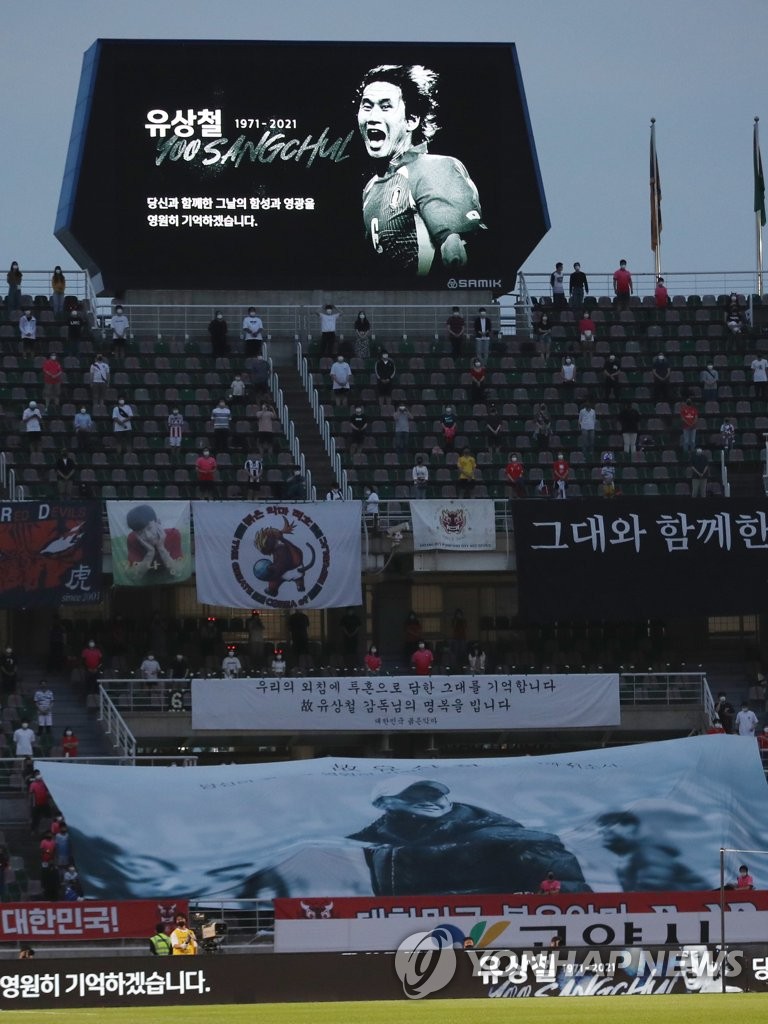