The aggregate outstanding bank loans to local households came to 1,024.1 trillion won (US$917.2 billion) as of end-May, down 1.6 trillion won from the previous month, according to the data from the Bank of Korea (BOK).

The BOK said the slight decline in bank lending was mainly attributable to repayments of loans by customers after the initial public offering of battery maker SK IE Technology Co. A large number of bank customers took out loans to apply for SK IE Technology's IPO subscription. 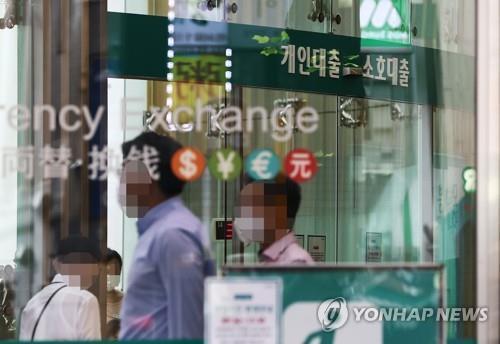 South Korea has unveiled a set of measures to cool the overheated housing market but has failed to stabilize home prices.