The Korea Housing Institute said that its housing business sentiment index (HBSI), based on a survey of about 500 construction firms, came to 113 for this month, up 11.8 points from the previous month.

The institute attributed the improved confidence to a government push to supply more apartments and Seoul city's move to normalize redevelopment and reconstruction projects.

The HBSI for Seoul stood at 114.2 for June, compared with 116.6 in May, with comparable figures coming to 126.3 for the central city of Daejeon, 120 for the southeastern port of Ulsan and 116.6 for the southwestern city of Gwangju. 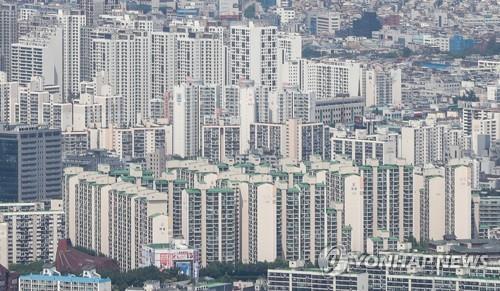