"I want to give my apology if there were people hurt (by the action)," Ryu told a radio program by local broadcaster MBC.

"As a fan of BTS myself, I hated their acts of artistic expression getting restricted," the lawmaker noted. 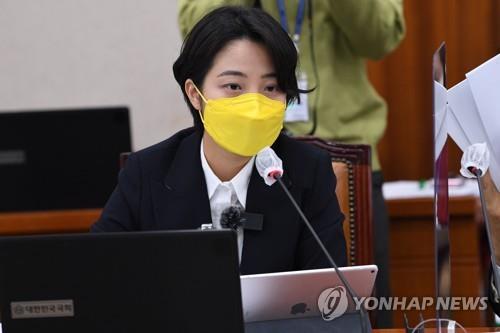 Ryu came under heat for uploading photos of Jungkook on her Twitter account on Tuesday to promote her bill on legalizing tattooing by non-medical workers. The Medical Service Act currently allows only those with a medical license to provide tattoo services.

"Remove the Band-Aid from the body of BTS," Ryu said in the Twitter messages carrying photos of Jungkook being on a TV show with a bandage covering his tattooed finger.

The posting immediately provoked the ire of BTS fans, who accused the lawmaker of unfairly dragging the star into politics to advance her political interest.

"I wanted to promote the bill through everyday and popular content," Ryu said in the radio interview. "I felt sorry because the reason why the word 'politics' is received negatively seems to be the results of politicians' failure to build public trust."

The lawmaker, however, did not affirmatively respond to the radio host's question asking if she is planning to delete the controversial photos.

"There are various (different) opinions," she added. "I wish I will be given an opportunity to elaborate on the bill." 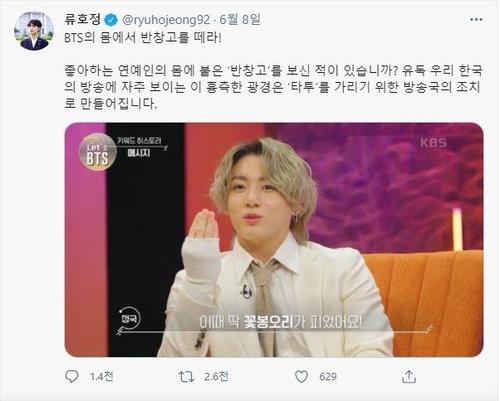