SEOUL, June 10 (Yonhap) -- President Moon Jae-in plans to have one-on-one talks with the leaders of Britain, Australia and the European Union on the sidelines of the Group of Seven (G-7) summit, Cheong Wa Dae said Thursday.

The bilateral summit schedules have been "confirmed," it said a day after announcing Moon's plan to join the three-day G-7 session to open in Cornwall, Britain, on Friday.

British Prime Minister Boris Johnson will host the annual summit, and Australian Prime Minister Scott Morrison is scheduled to attend it as a guest like Moon.

Moon is to leave for Cornwall on Friday. 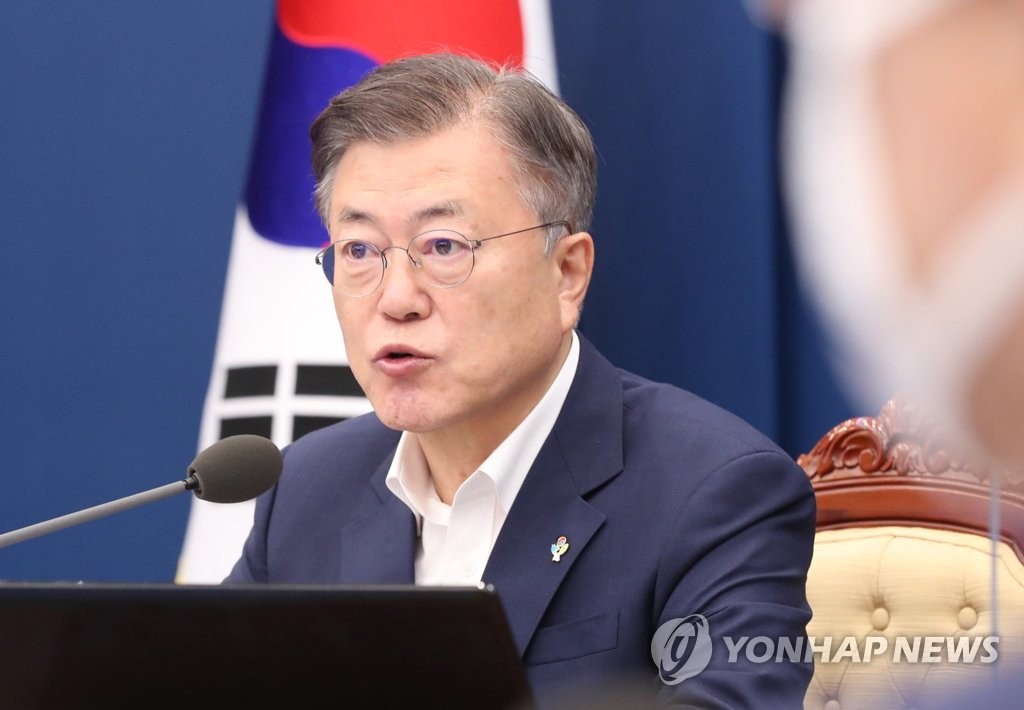