Ambassador Xing Haiming made the remark in a radio interview after China expressed discomfort over the mention of the Taiwan Strait in last month's summit statement adopted by President Moon Jae-in and U.S. President Joe Biden.

"Our relations have developed over the past 30 years. We should value that, and I think it would be good if we are not affected by that (rivalry)," Xing said in the interview with CBS.

"To that end, I'd like South Korea to take China's positions into account and be a little more considerate, regarding the issues of Taiwan and the South China Sea," he said.

China keeps relaying this position to Seoul, Xing said in response to a question about Beijing's possible retaliation against Seoul over the Taiwan issue in the statement.

"Rather than retaliate, we are continuing to relay our hopes," he said.

On Wednesday, Foreign Minister Chung Eui-yong held phone talks with his Chinese counterpart, Wang Yi, and expressed hope that the relations between the U.S. and China will develop in a stable manner.

On the envisioned visit by Chinese President Xi Jinping to Seoul, Xing said during the interview that he wants to see that happen during his term here in Seoul.

"I'd like to see that take place more than anything else as the ambassador to South Korea, but it's a little difficult right now due to COVID-19," he said. 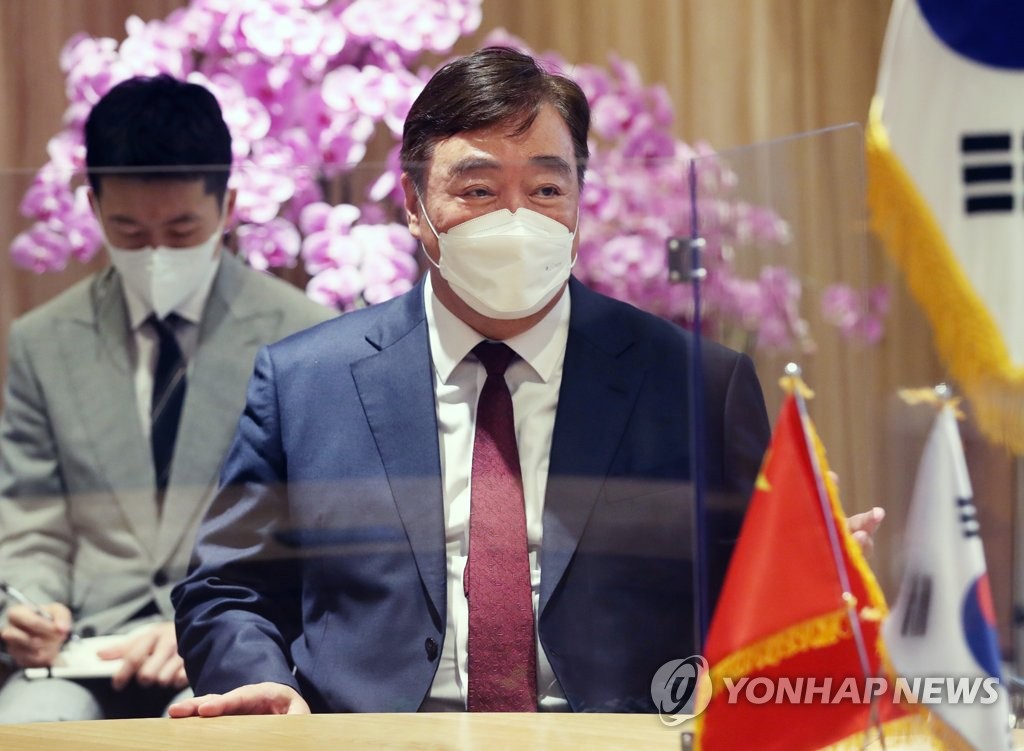