SEOUL, June 10 (Yonhap) -- President Moon Jae-in approved the retirement of South Korea's Air Force chief Thursday, a week after he offered to resign over the suicide of a female service member sexually assaulted by her male colleague.

Moon was quick in accepting the resignation of Air Force Chief of Staff Gen. Lee Seong-yong but waited until the end of an inquiry into whether he is involved in any wrongdoing subject to legal punishment to approve his retirement.

A review by such organizations as the state prosecution service and the Board of Audit and Inspection has confirmed that "There is no procedural problem" with the retirement, Park Soo-hyun, senior presidential secretary for public communication, said during a press briefing.

He added that there is no suspicion over his possible involvement in an attempt to cover up the sex assault case. 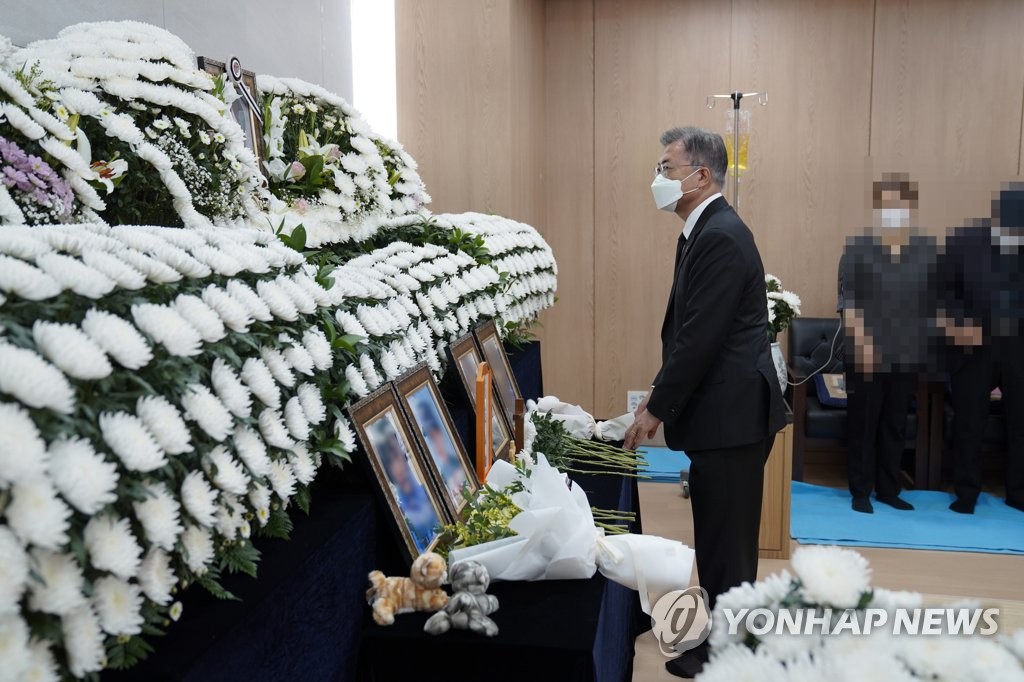 The victim, a master sergeant, was found dead at her official residence in late May, about three months after suffering unwanted physical touching by a male colleague of the same rank in a car at night. Some of her senior officers allegedly tried to cover up the case and the victim was even reportedly bullied.

Meanwhile, the president appointed Song Ki-choon, professor at the law school of Jeonbuk National University, to lead the Presidential Truth Commission on Death in the Military.

Yoon Sung-wook, who is in charge of economic coordination at the Office for Government Policy Coordination, has been promoted to the post of vice chief of the office.